Learn what a Power Plant is and how it works.
3

In this article, we’re going to look at what a Power Plant is, different types, and why automation is important in the Power Plant business. We’ll also answer the question, how does a power plant work?

Different Types of Power Plants Based on the Energy Sources

In its simplest form, a Power Plant, known also as a Power Station, is an industrial facility used to generate electricity.

To generate power, an electrical power plant needs to have an energy source. One source of energy is from the burning of fossil fuels, such as coal, oil and natural gas.

Then we also have nuclear power, and finally renewable energy sources such as wind, solar, wave and hydroelectric.

Originally, the only source of power for industrial power plants was Direct Current, or DC systems, but it wasn’t until Alternating Current, or AC systems were introduced that the power could be carried the distances necessary to be suitable for distribution to the masses.

An Impoundment facility typically uses a store of river water from a dam in a reservoir.

When water is released from the reservoir, it flows through a turbine which generates motion.

This turning motion activates a generator to produce electricity. 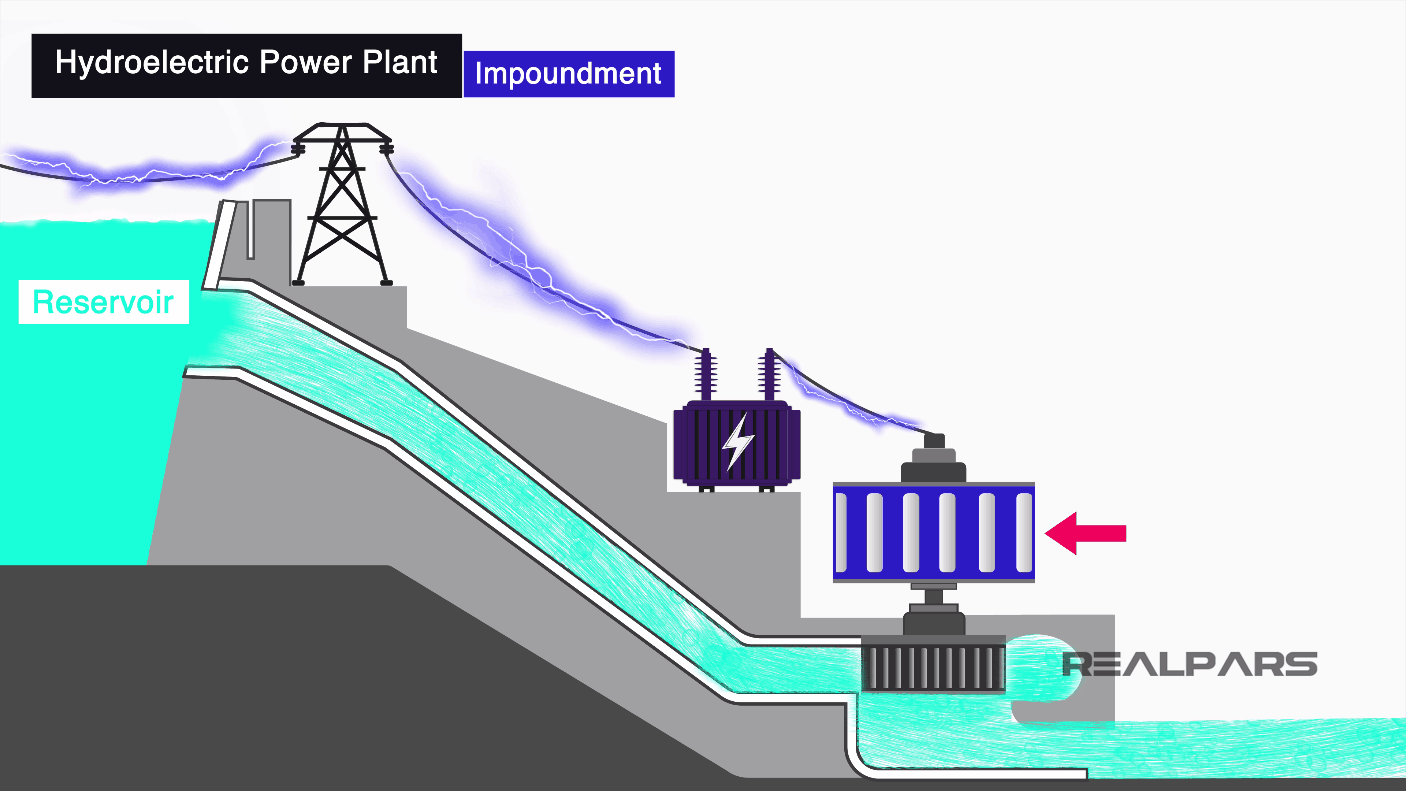 A Diversion is fairly similar to an Impoundment facility, but may not need the use of a dam, but works by channeling a portion of a river through a canal or a penstock. 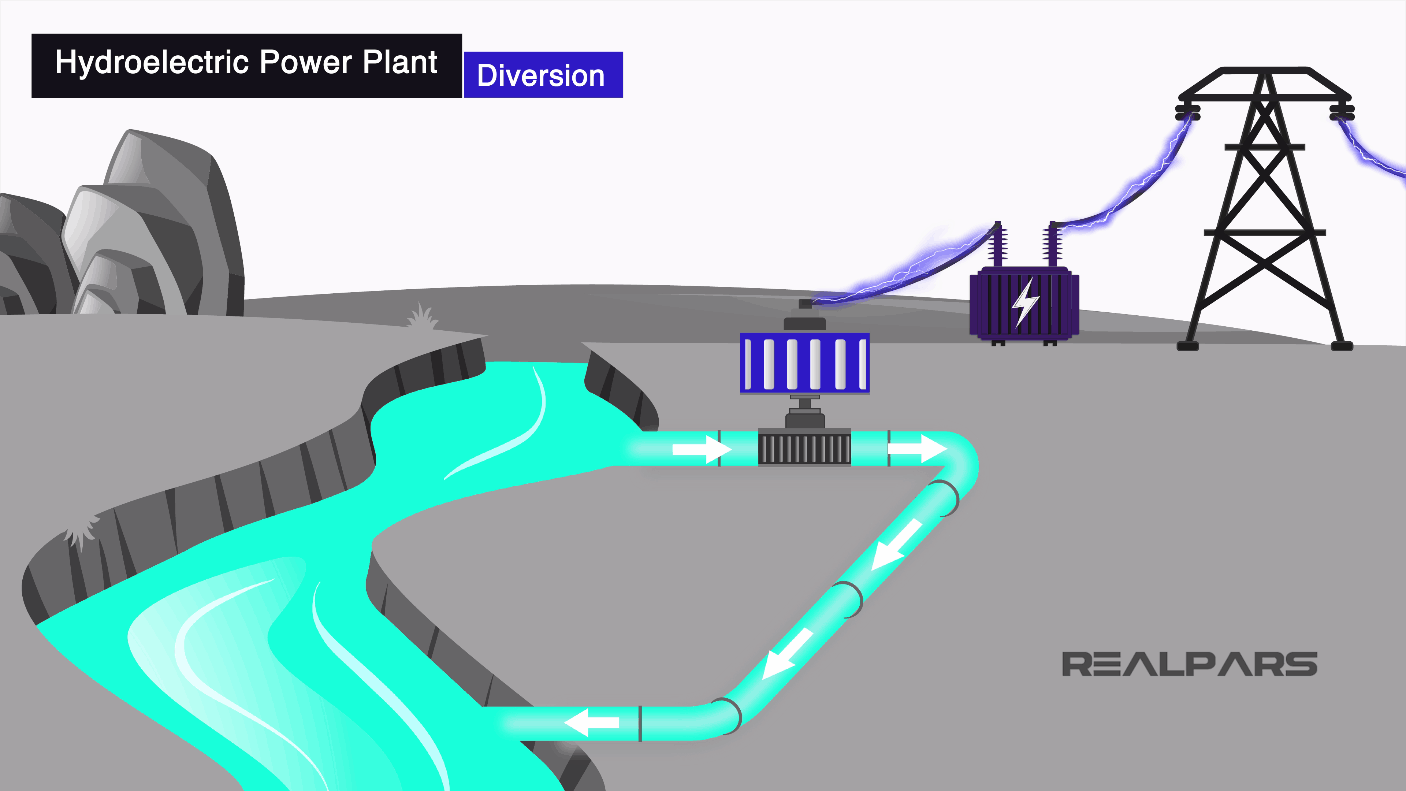 The last type of Hydroelectric Power Plant is Pumped Storage.

Pumped Storage stores its energy by pumping water uphill to a reservoir at a higher elevation.

When there is a demand for power, the water is released from the high elevated reservoir into a lower reservoir.

This generates electricity when it flows through a turbine generating motion, and electricity.

The steam is then sent through a turbine, which, as we’ve already learned, generates movement of a generator, which in turn generates electricity. 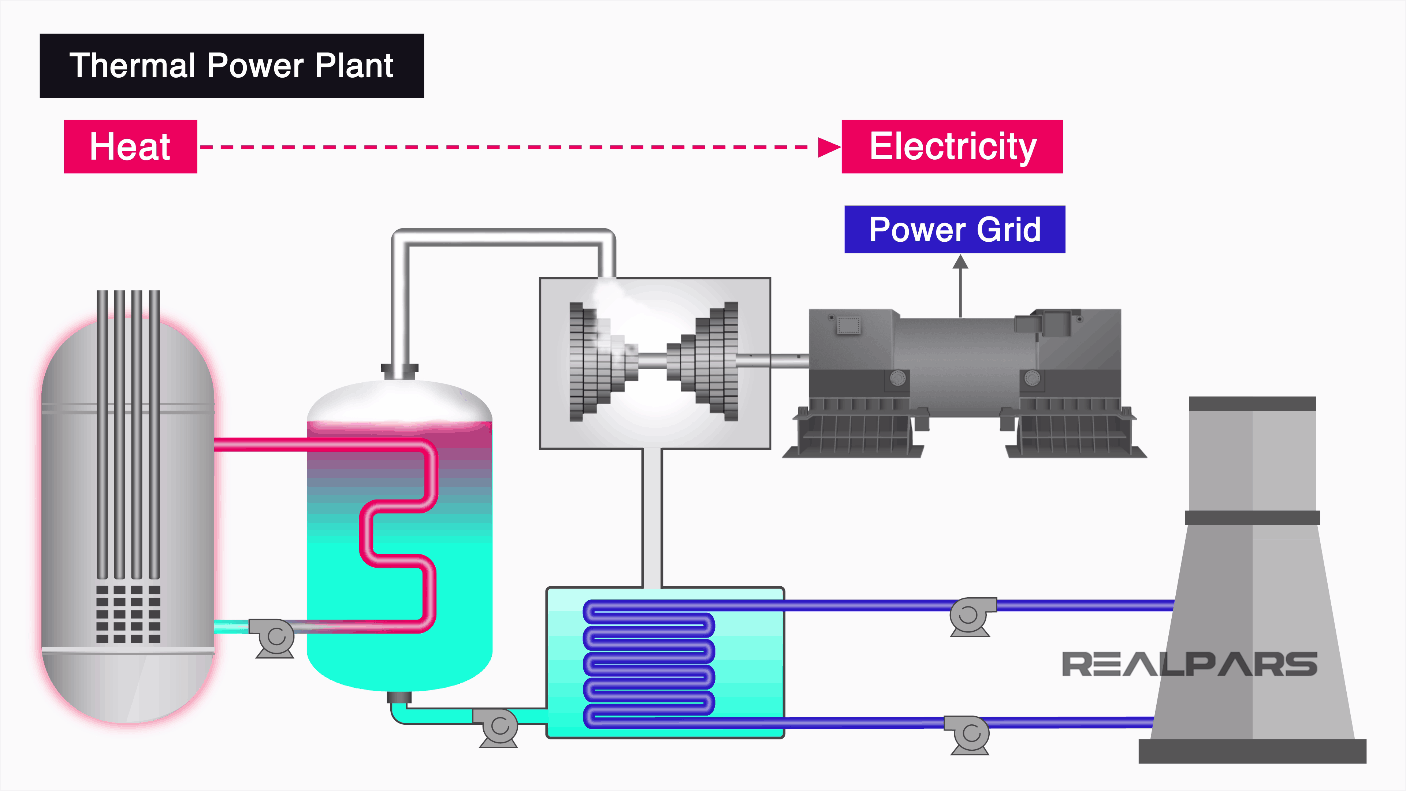 A coal power plant works in much the same way, but instead of a nuclear reactor heating water to make steam, the heat from the burning coal powers a steam turbine. 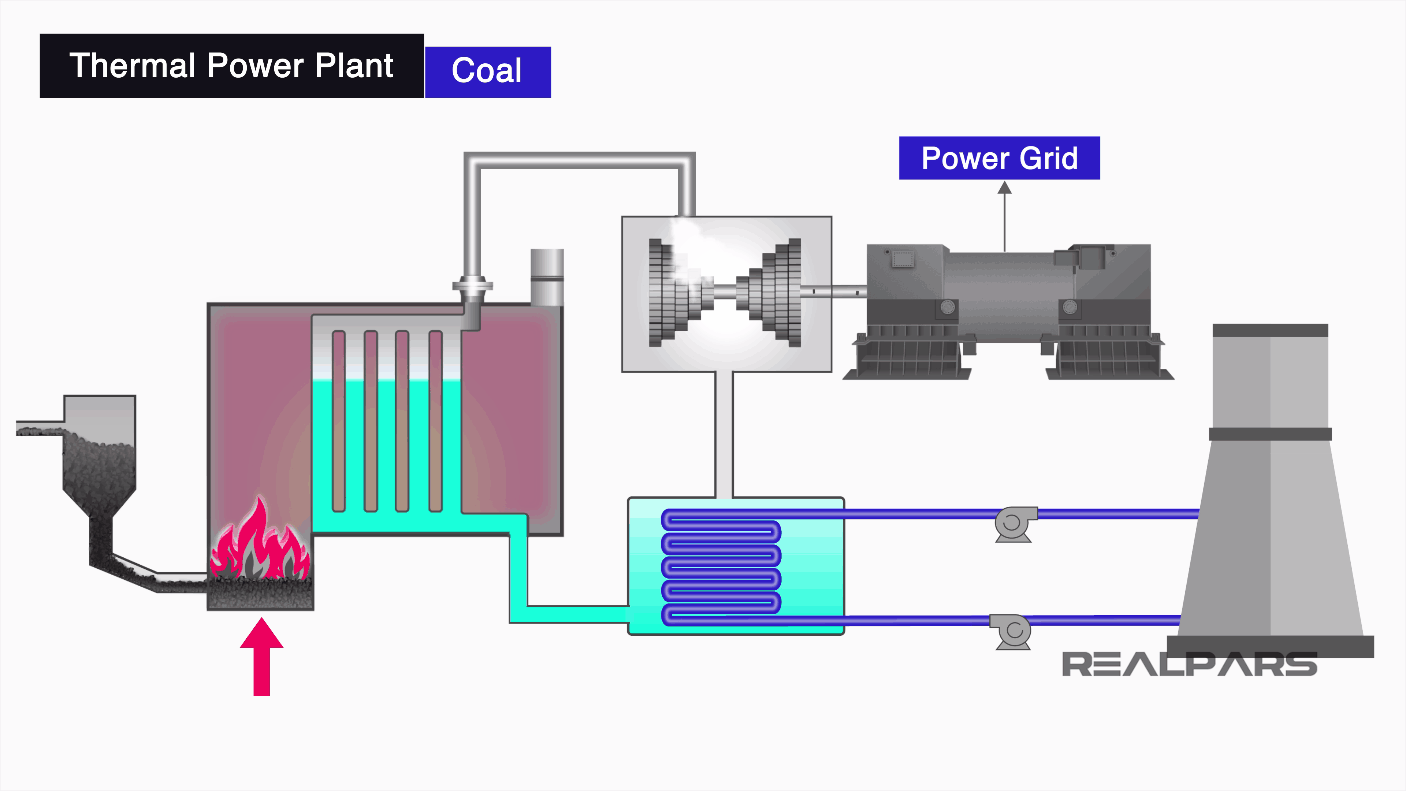 The next type of power plant we will look at is a solar power plant. This type of plant uses the suns energy to convert into electricity.

This is achieved by using Photovoltaic, or PV panels, made up from a number of semiconductor cells that release electrons when they are warmed by the thermal energy of the sun.

Solar energy is one of the cleanest ways of generating electricity. The solar panels get connected to the grid and can be used to supplement a thermal power plant resources.

They can be used in domestic environments too, and with the aid of batteries, can reduce households energy consumption drastically, without burning any fossil fuels. 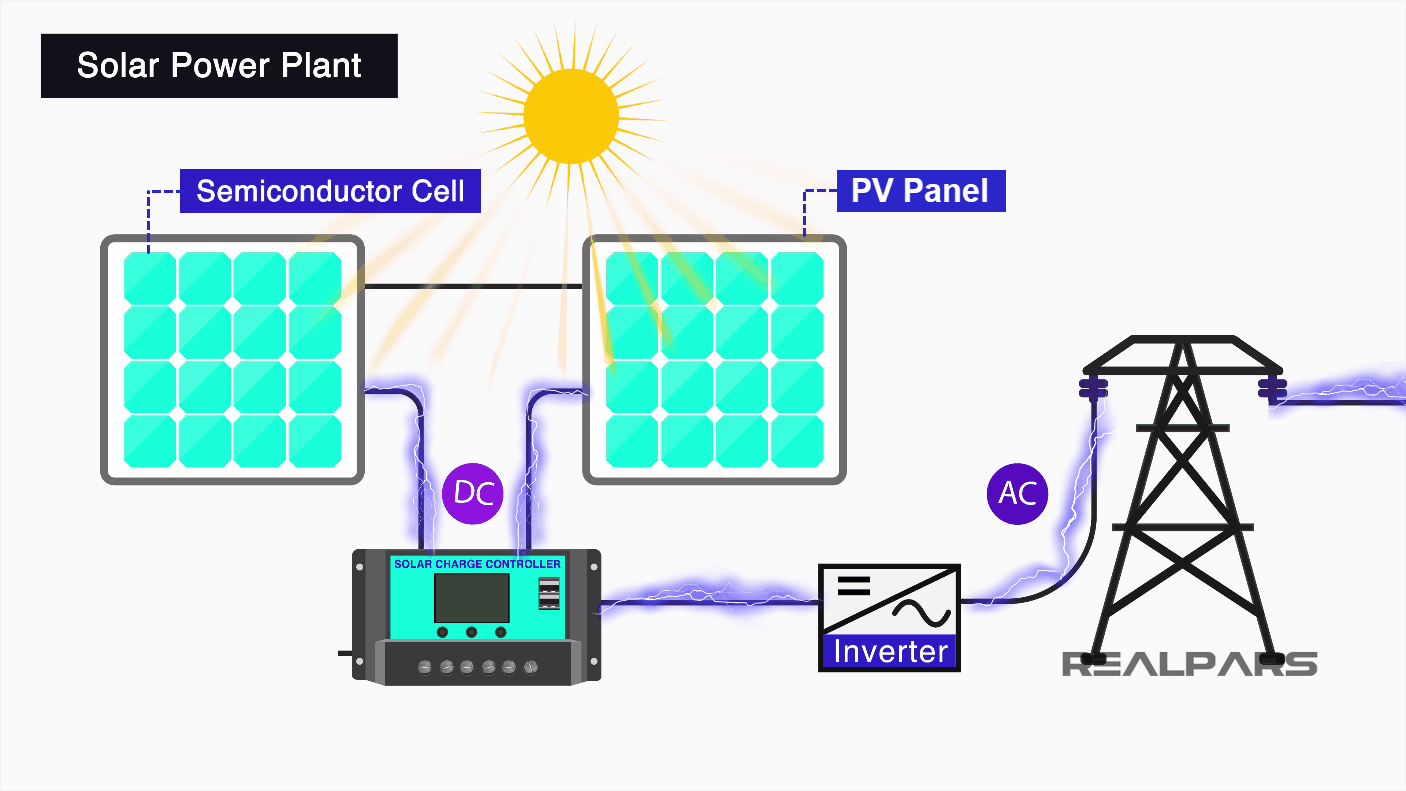 Last, but not least, we have Wind Power Plants.

Wind Power Plants, or Wind Turbines, get their energy from the wind by connecting a generator to the blades.

The rotational movement of the blades caused by the wind, powers a generator.

Like solar power, they are a clean source of energy, but require much more hardware to work effectively, and with many more parts, are more likely to fail.

The ability for condition monitoring of all the plant items enables us to determine what is running efficiently, and what could fail.

This enables us to proactively maintain plant equipment before it fails, rather than reactively fixing broken equipment.

From within a control room, a full SCADA, or a Supervisory Control And Data Acquisition system can monitor and control temperatures, speeds of pumps and motors and open and close valves.

This can be especially useful in the case of fossil fuel burning plants where the precise control of system devices can increase the plant availability. 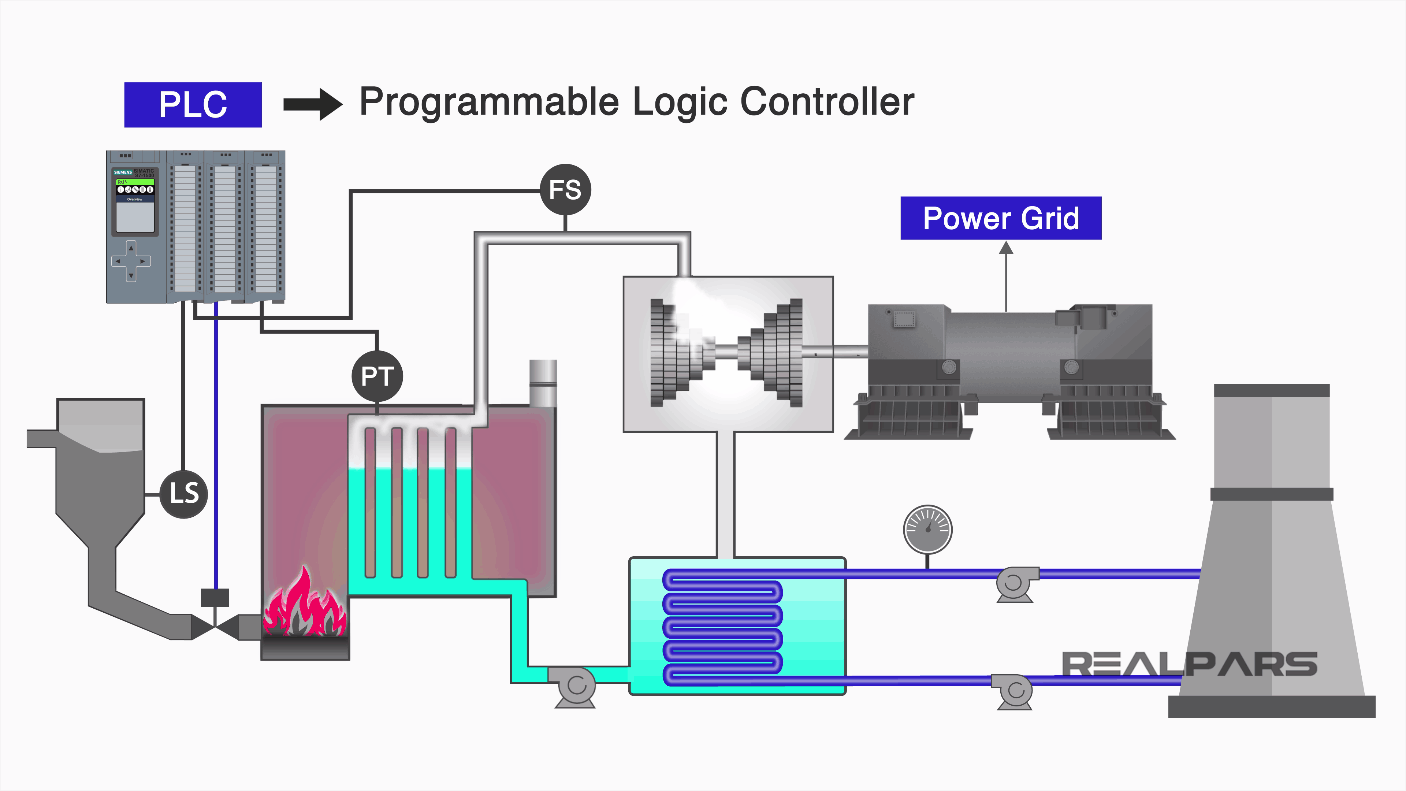 Availability is the amount of time that the plant is able to produce electricity over a certain period of time, divided by the amount of the time in the period, which is often a Key Performance Indicator, or KPI.

This also ensures the most efficient use of the plant which maximizes power generation. 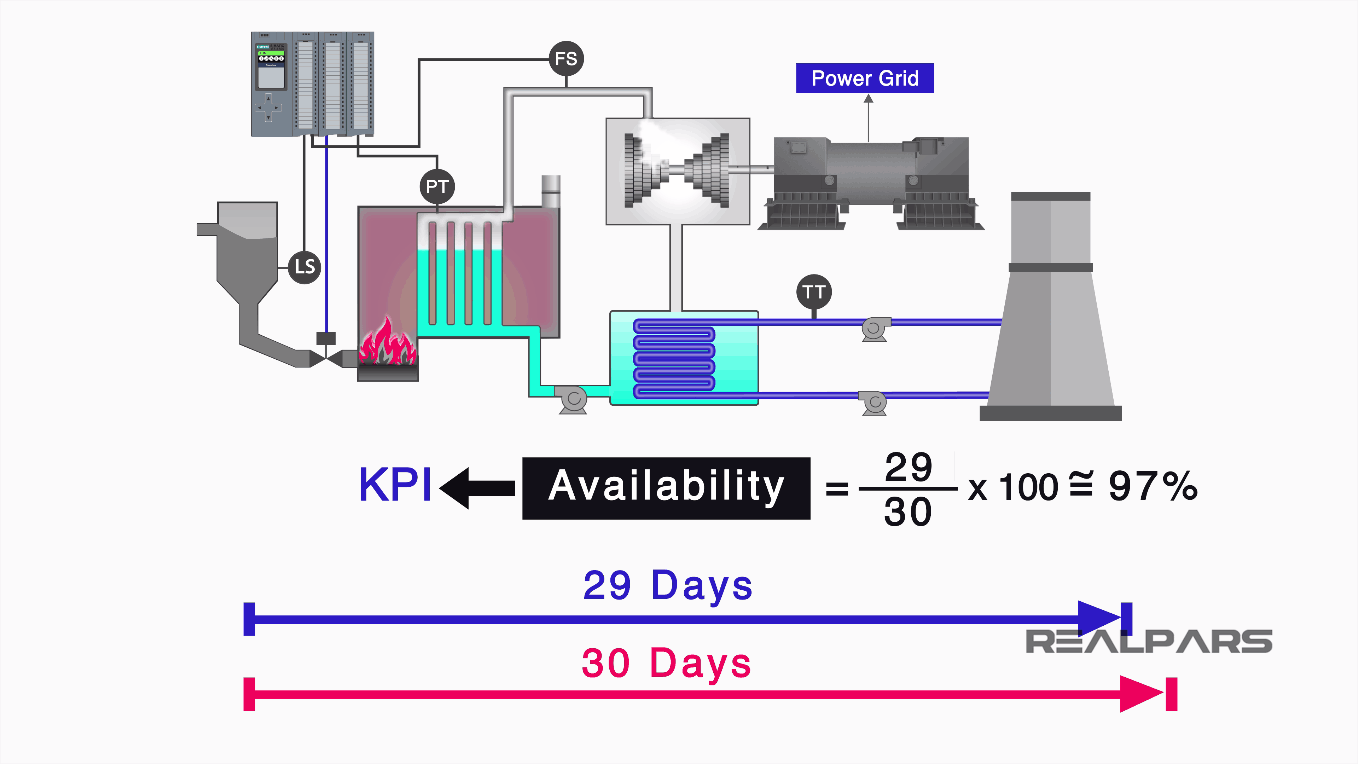 By monitoring the demand, and trending at which times of the day the demand is highest, plants can adjust the speed of pumps automatically according to the time of the day, something that wouldn’t be possible without the use of an automation control system.

That’s it for this article! I hope you enjoyed learning about the different types of Power Plants, and how we use automation to make them more efficient. 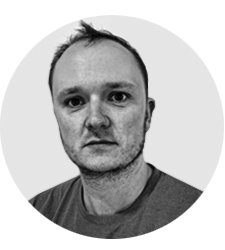