What are the Differences between DCS and SCADA?

In this article, we will contrast and compare SCADA and DCS systems.
3

What are the differences between DCS and SCADA? In previous articles, we have presented detailed information about both SCADA and DCS. In this article, we will contrast and compare both systems.

Fundamentals of DCS and SCADA Systems

As you have previously learned, a SCADA system is a collection of both software and hardware components that allow supervision and control of plants, both locally and remotely. 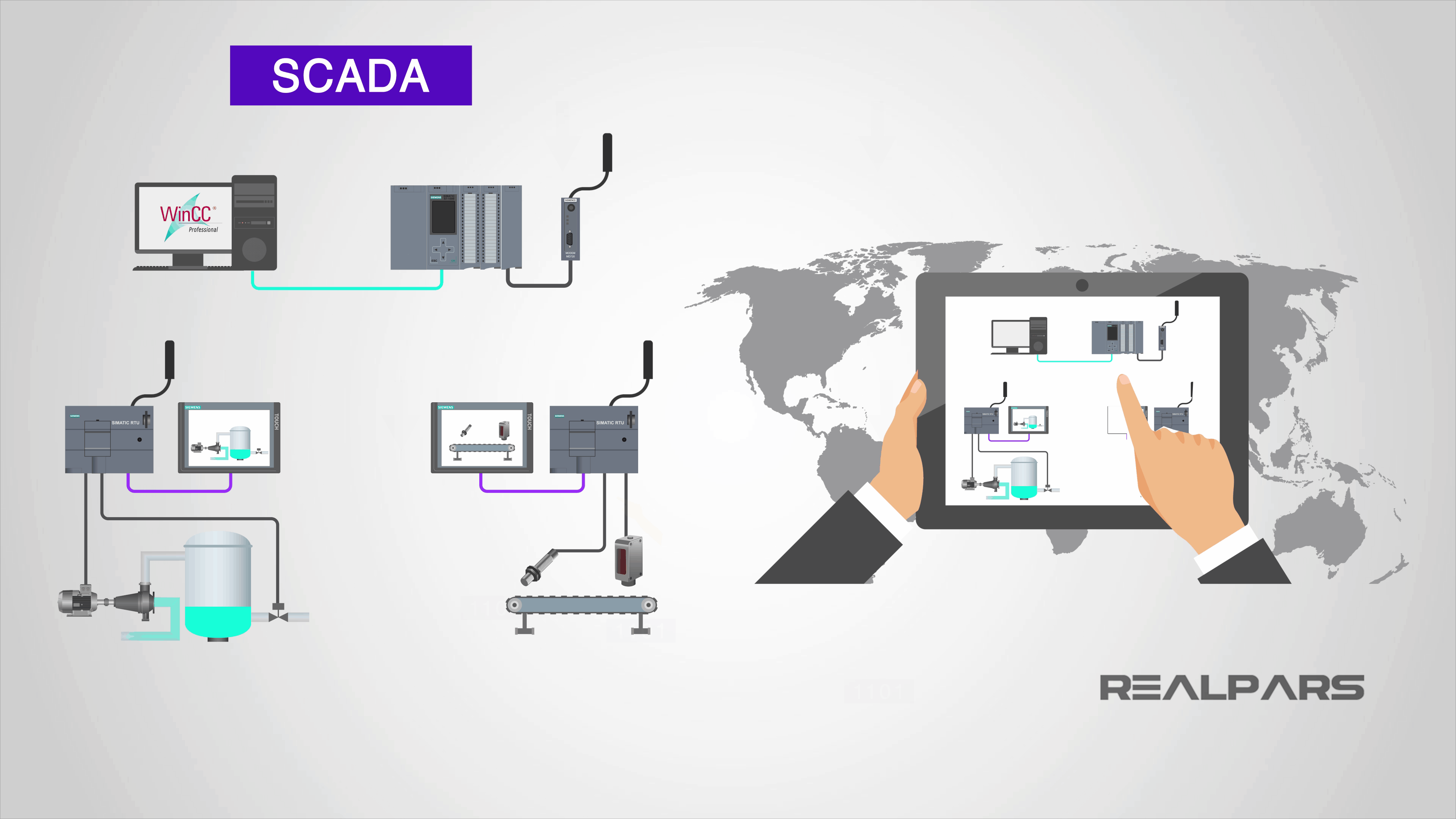 A DCS is also a collection of components used for the same purpose.

These similarities may lead you to ask then: Are they essentially the same? 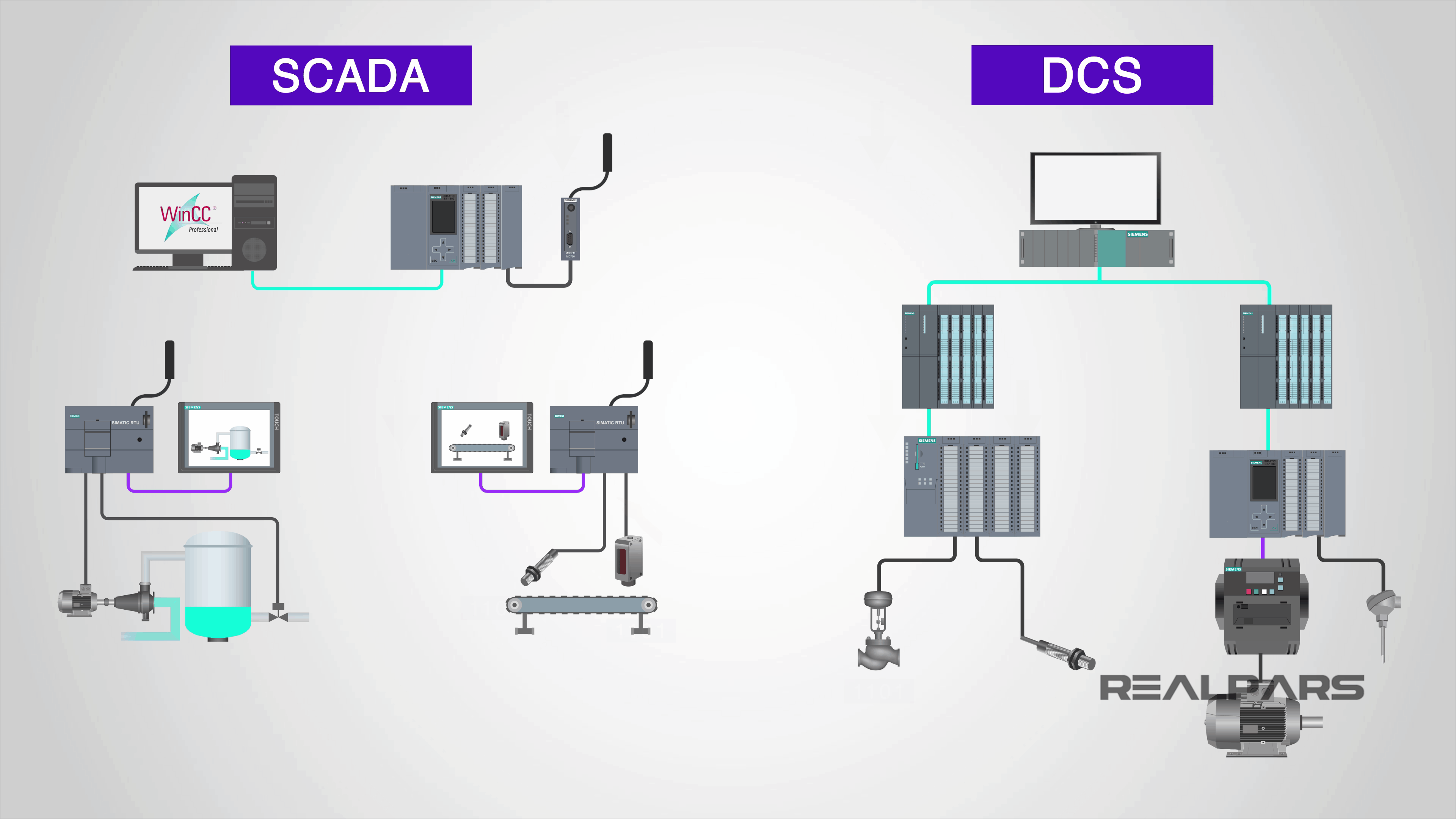 To answer that question let’s look back to the fundamentals of both systems.

You may recall that a SCADA system is used to gather and present data to operators, make decisions about processes with the aid of operator input, and control plant functions based on those decisions.

The DCS’s role in plant automation is the same as the SCADA system.

Since we already know that the role of the SCADA and DCS systems are essentially the same, let’s try to compare and contrast the mechanisms used to handle those tasks versus the operations themselves.

Let’s start with the device that plant personnel uses to interact with the automated processes.

Human Machine Interface (HMI) panels are the primary graphical interface between the plant processors and processes and the operators interacting with and controlling those processes. 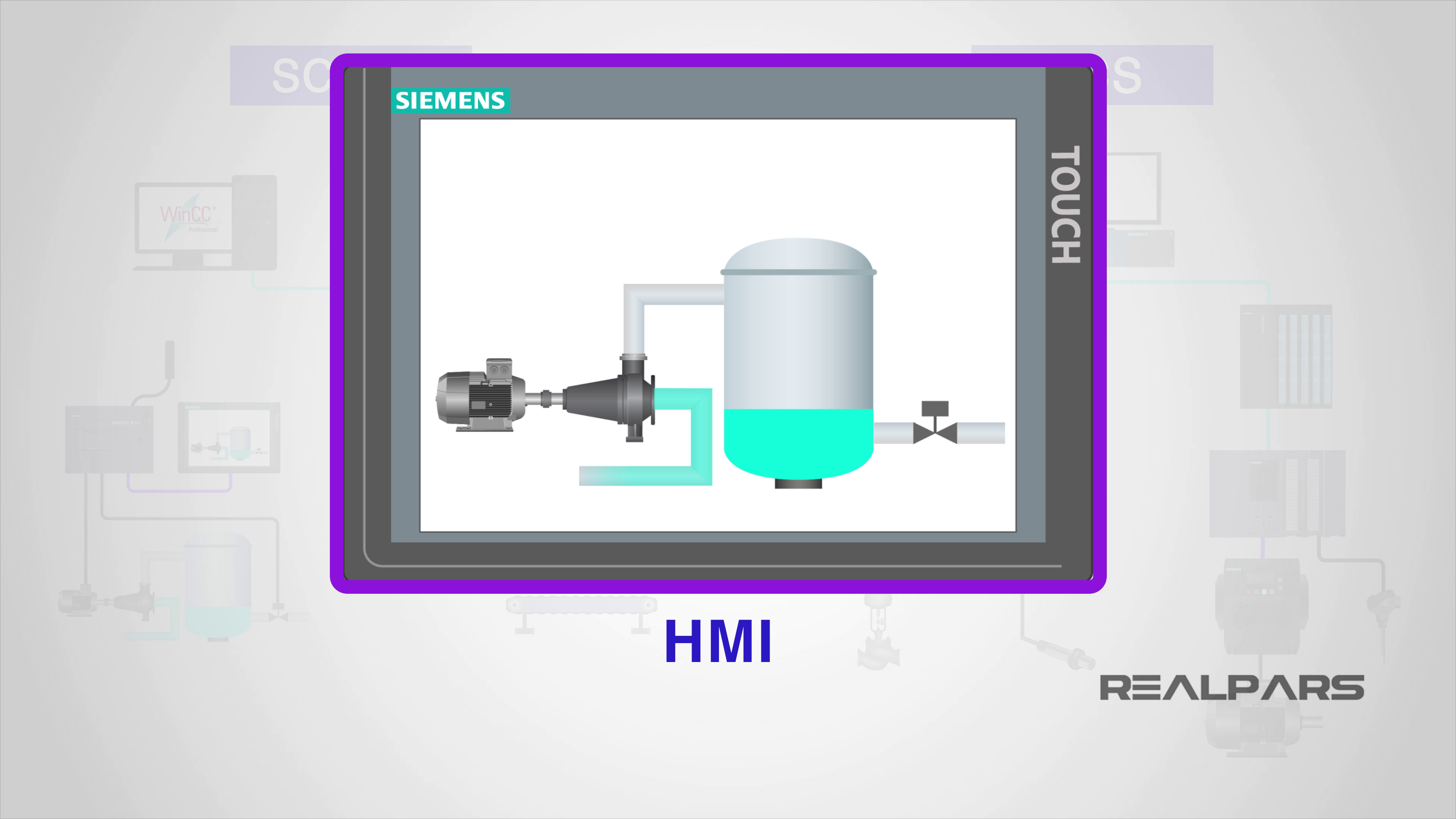 We had provided an article previously on “What is an HMI?”. You can read it and grasp more information about Human Machine Interfaces.

The HMI panels can be procured from the same manufacturer as the controller, such as:

all of which produce their brand of HMI panels.

There are also independent HMI panel manufacturers such as Red Lion. 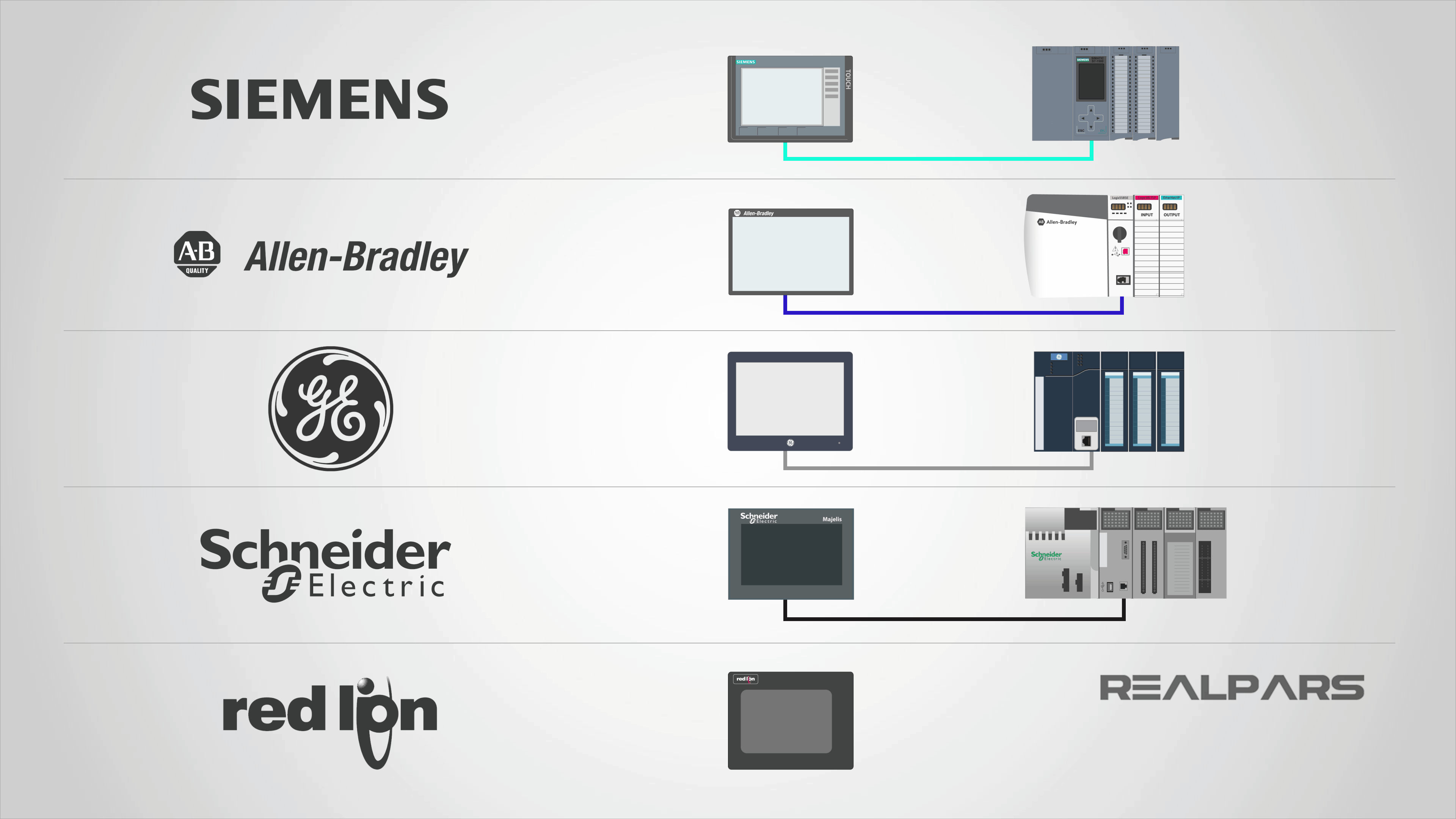 Yet still, the HMI can be an industrial computer from Dell or any other manufacturer that meets the rugged requirements for the PC. 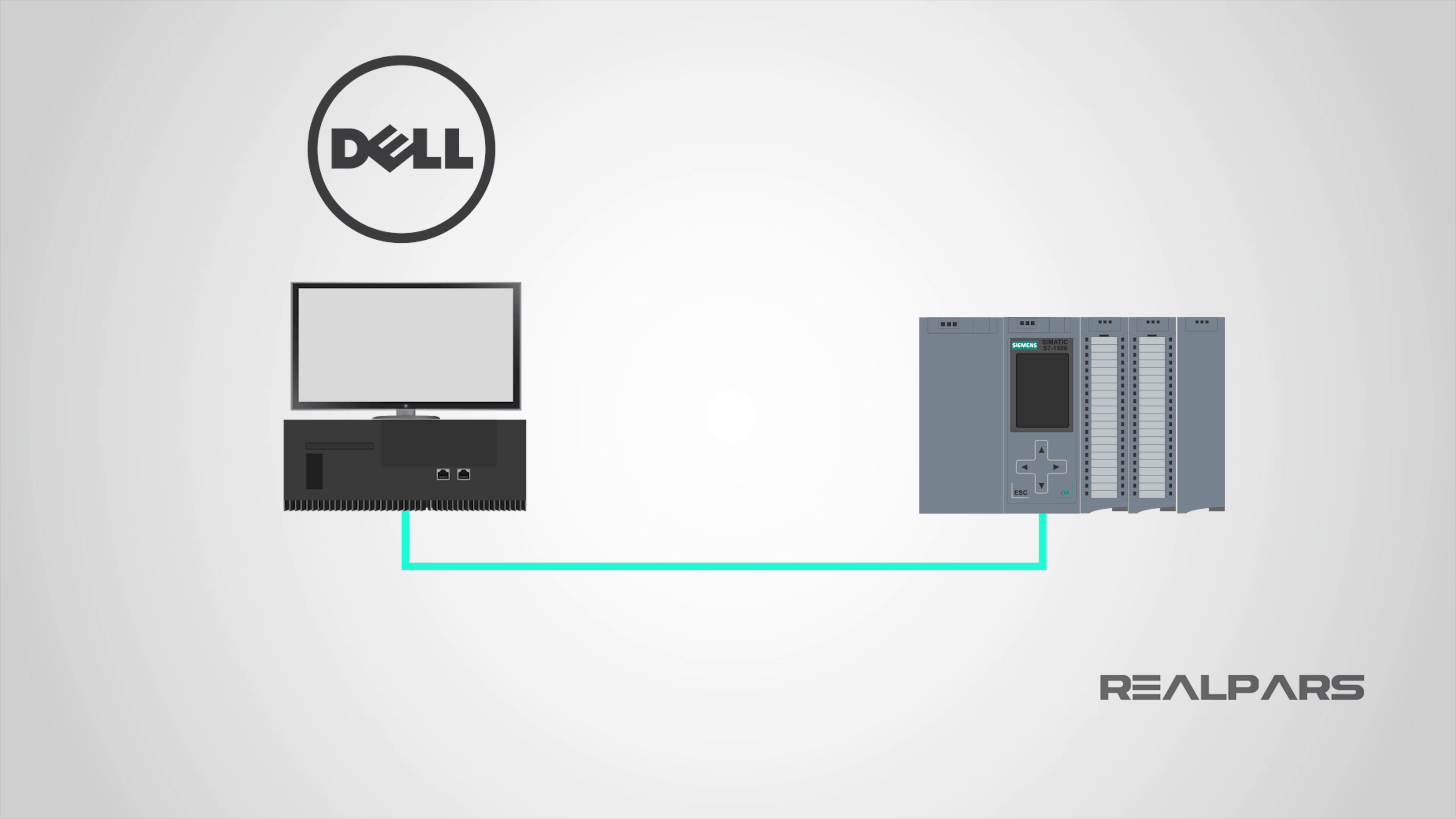 While most of the manufacturers may have their own brand of HMI, typically, additional software is needed to program the HMI.

In the case of Siemens, WinCC software, Allen Bradley requires FactoryTalk View, Schneider needs Vijeo Designer or Citect and so on. 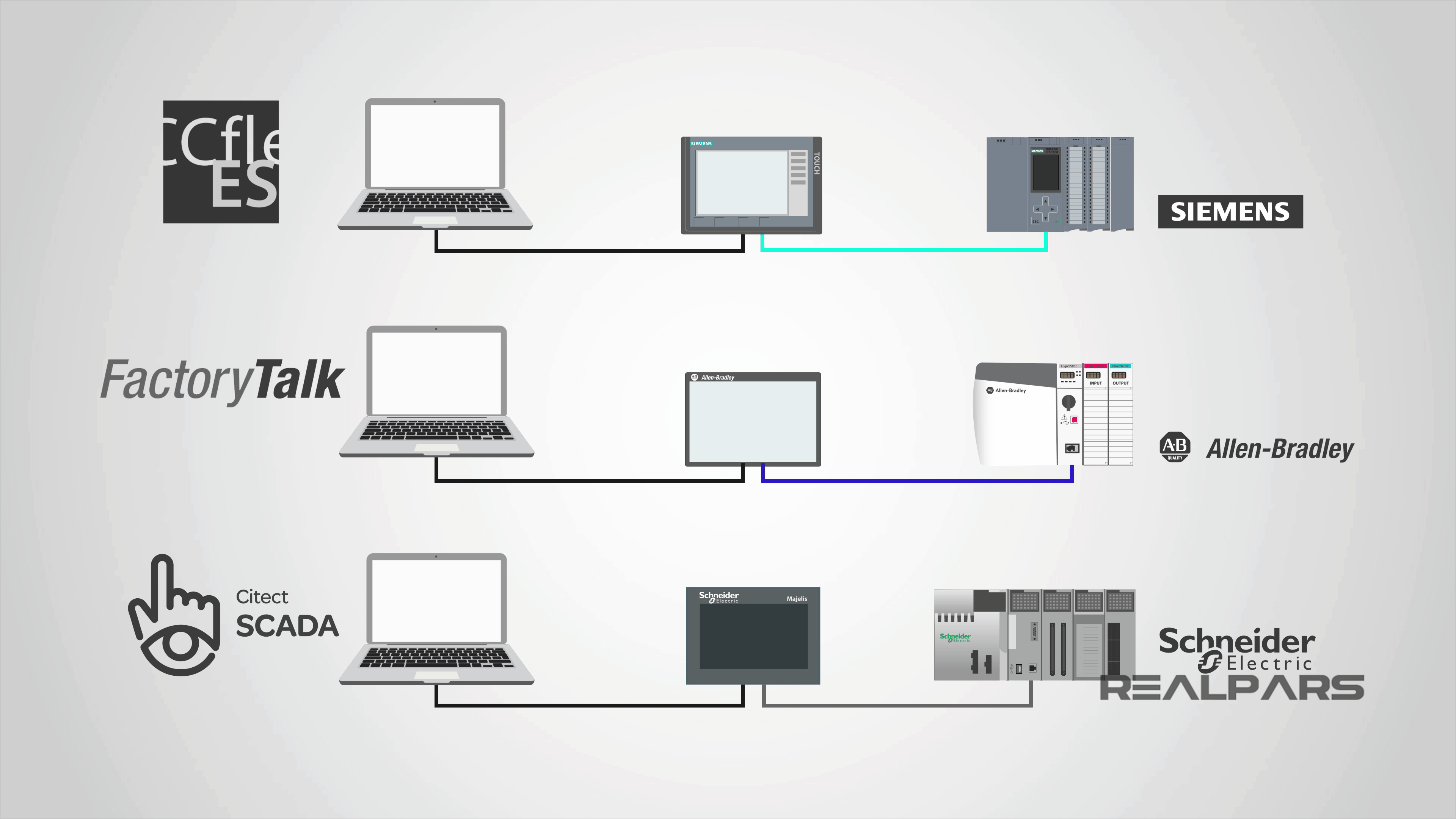 There may be some PLC/HMI programming software that is integrated for the manufacturer but for the most part, they are separate software packages requiring separate purchases.

Having the same vendor of PLC and HMI may seem to be an advantage but as noted, the requirement for additional software is definitely not beneficial. 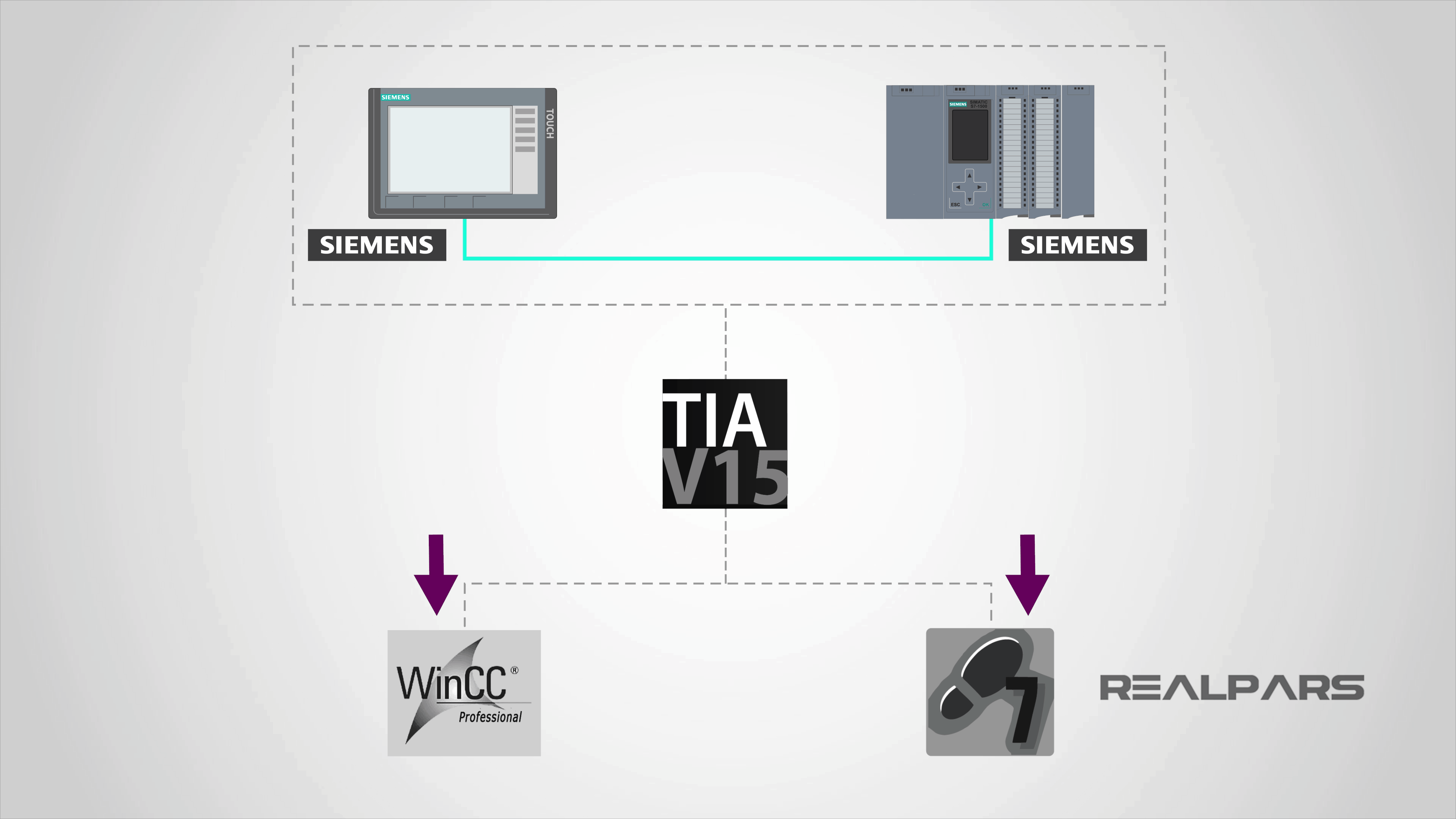 You would also think that using the same manufacturer would allow you to have the tag database of your processor available for use in the HMI, not necessarily true.

Some vendors do have drag and drop capabilities, such as GE. 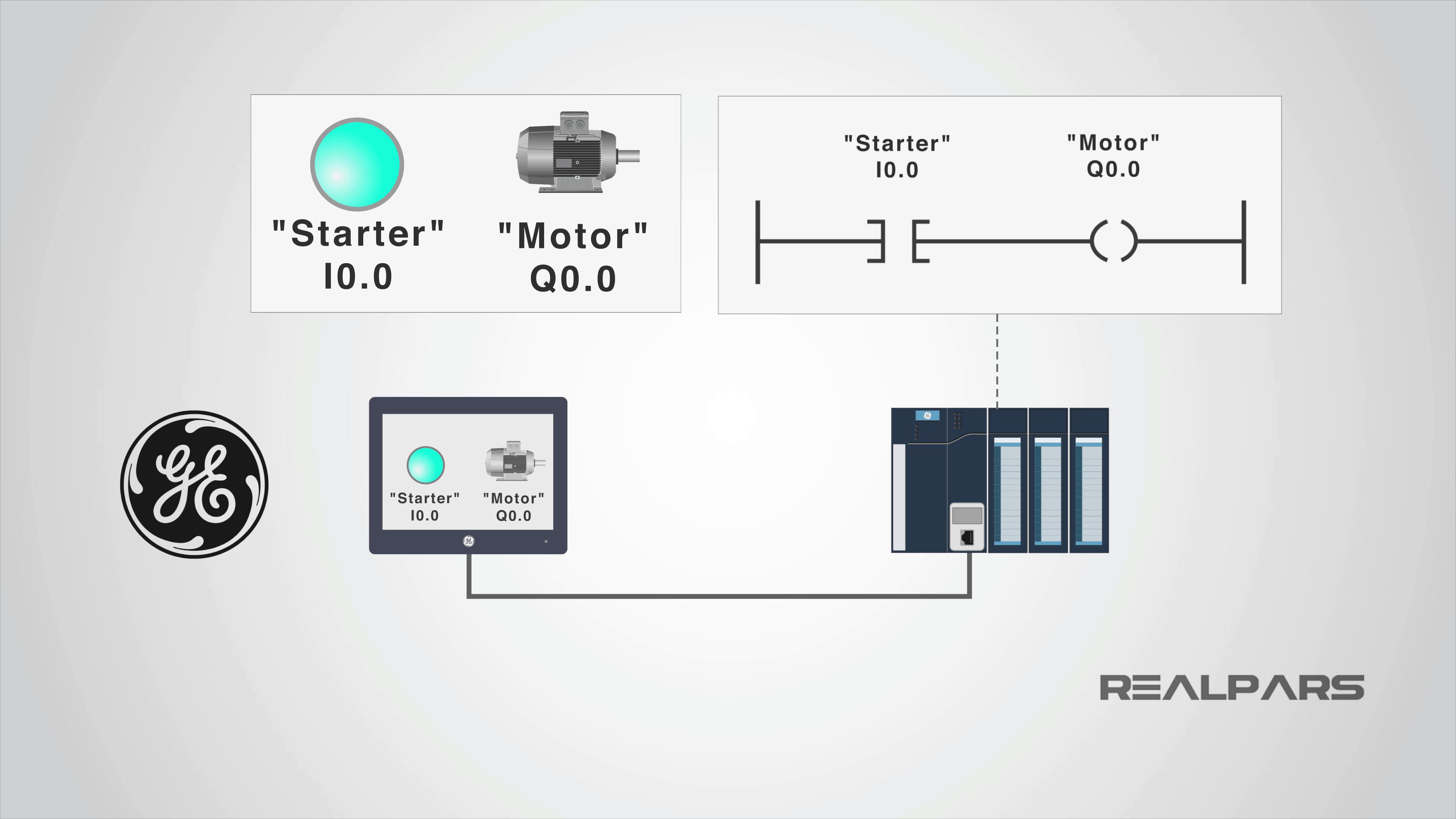 However, most of them require exporting and importing while others require the creation of the tags entirely from scratch.

HMIs are primarily used in small scale automation environments. When you have larger-scale systems, the interface with the plant process is typically a desktop computer.

This computer requires its own software package such as:

While a SCADA system has HMIs or computers that are not necessarily of the same manufacturer, the DCSs have graphical interfaces that are typically integrated within the DCS system.

As you can imagine, this is a definite plus as the requirement for additional software is not needed. And, as a bonus, the tags within the DCS are available for use, without much additional effort.

Based on the interface descriptions of SCADA and DCS, clearly, the DCS has the advantage in this category. 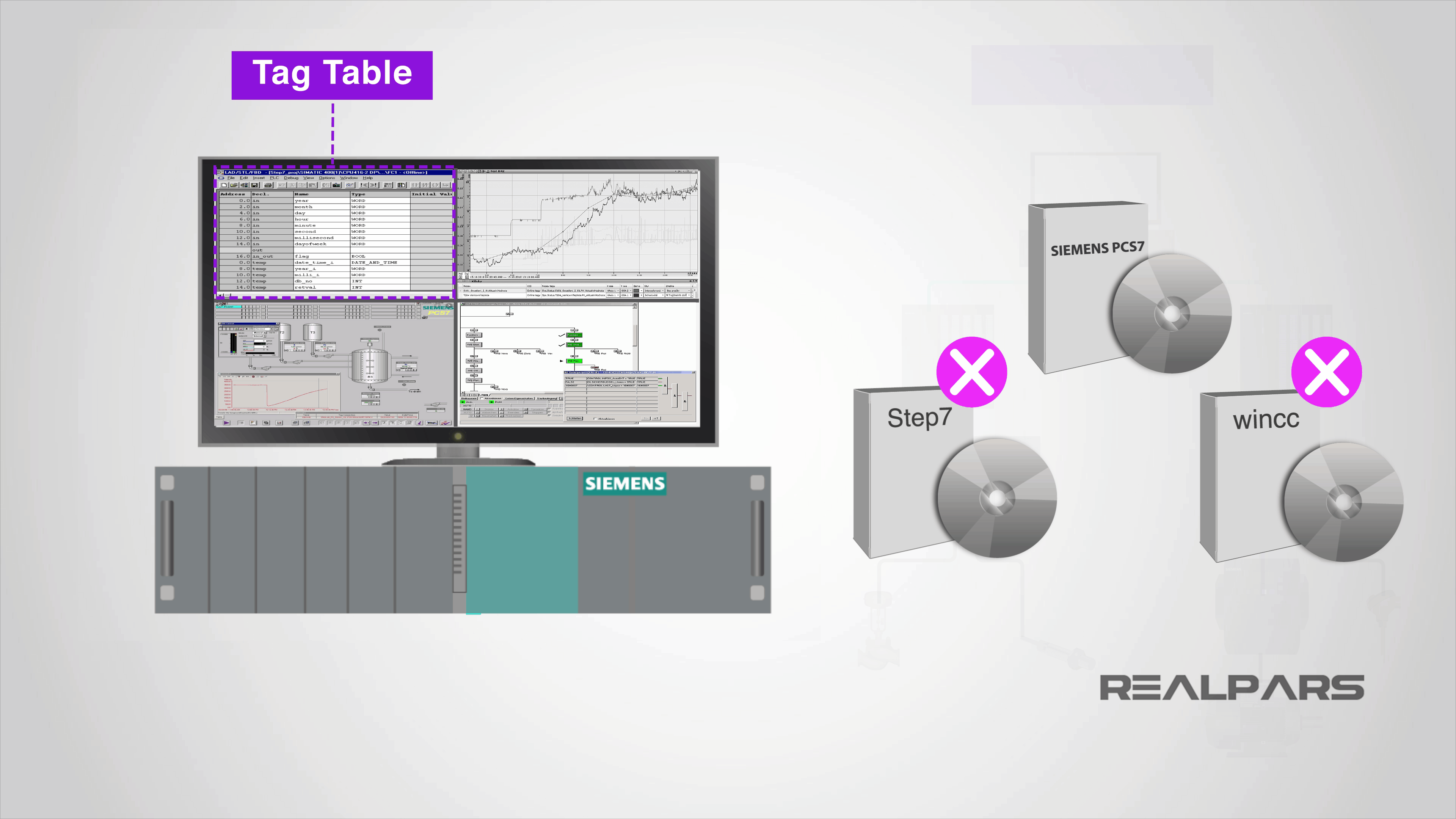 2. Brain of the Systems (PLC and RTU)

Now let’s discuss the brains of the operation.

Within the SCADA system, there may be PLCs and RTUs.

As you are aware by now, these components require programming in order to execute commands essential to plant operations. 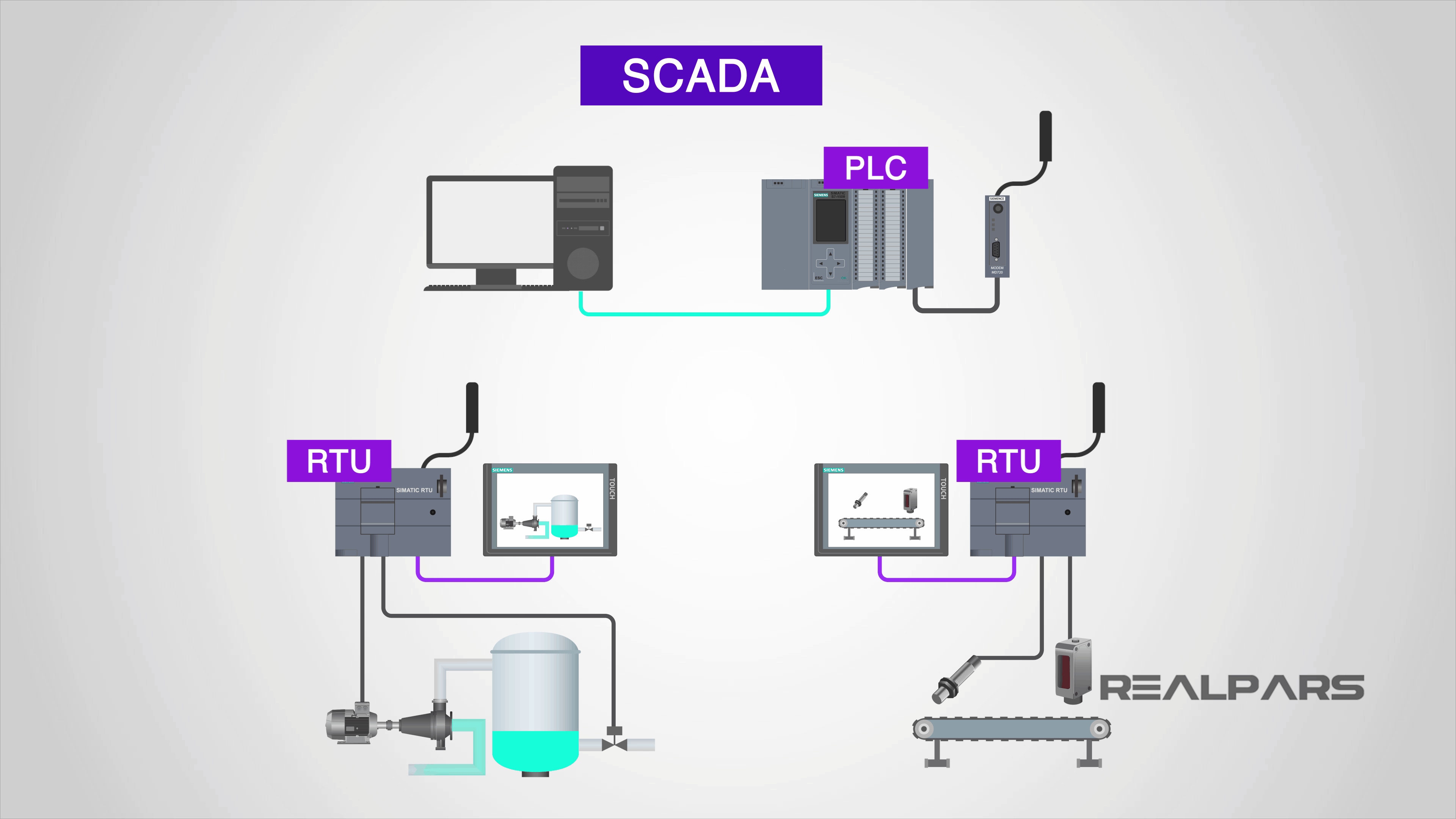 Earlier in automation history, there may have been thousands of lines of code to run a single process in a plant.

As the years have gone by, more and more ways to consolidate and reuse code have been implemented. This reusable code still needs to be written in a format that is used by the controller.

Custom function blocks, Add on Instructions (AOIs), etc., written in the controller by a programmer.

Once written, the code can be instantiated any number of times for use within the controller. It may take quite a while to develop a library of code that can be used over many projects.

While this was, at least in the earlier days, more cumbersome in the SCADA implementation, the DCS had many predefined functions that could be customized and deployed for various applications.

This didn’t eliminate the need to write code however, it did help to facilitate faster integration because less time would be spent writing code for commonly used functions. 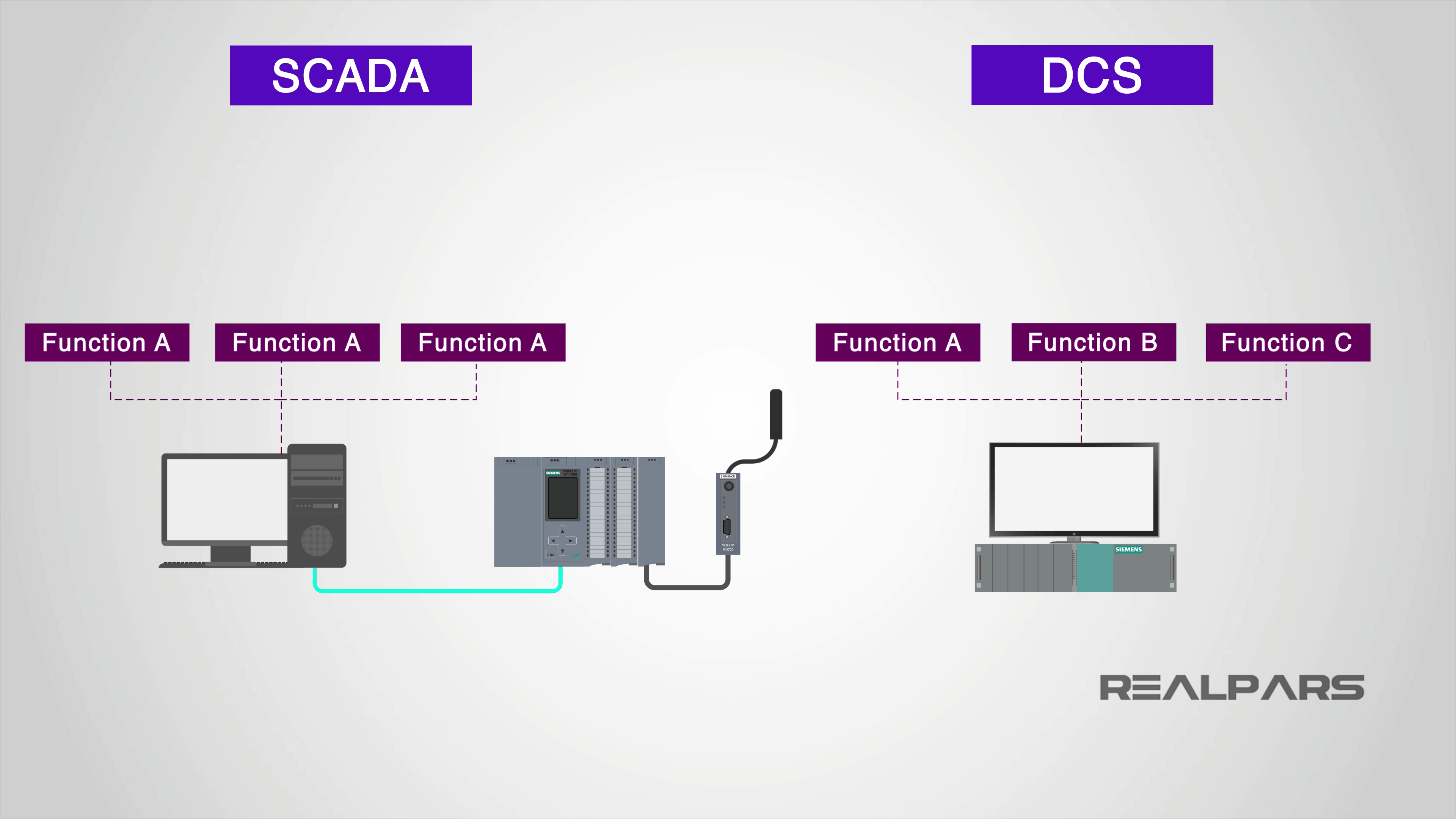 SCADA vs. DCS (Other Features)

Processing times are somewhat slower in the DCS versus the PLC/RTU SCADA environment.

While this is not necessarily problematic, it could have an impact on processes that are very time-sensitive.

Communications within a SCADA system can vary widely and have adapted to the changing technologies while the DCS has also adapted, there are still some proprietary communications that can be challenging. 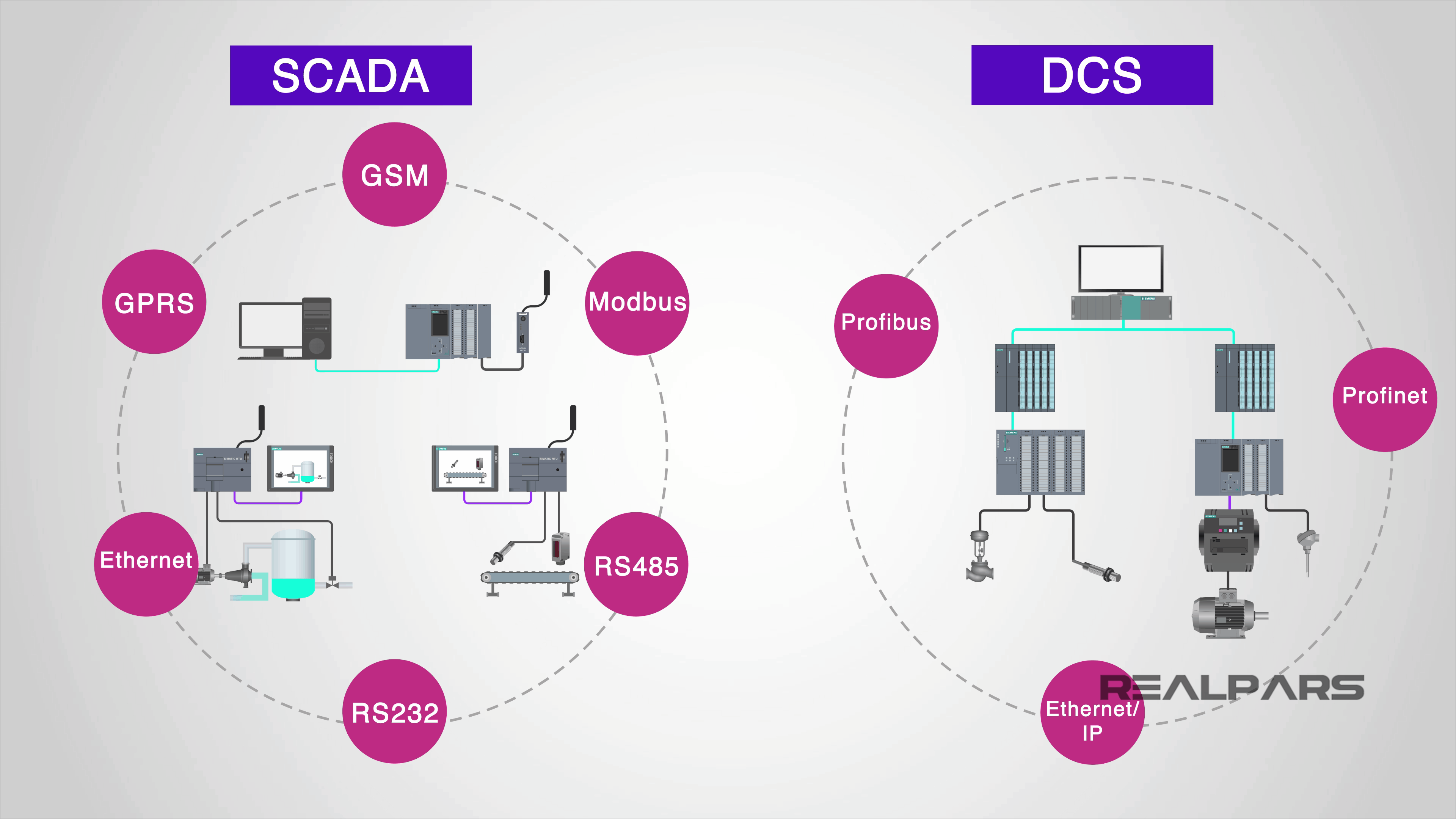 It has been said that if safety is a priority then the DCS is the route to go.

However, nowadays, with the abundance of safety processors, a SCADA system may also be selected. 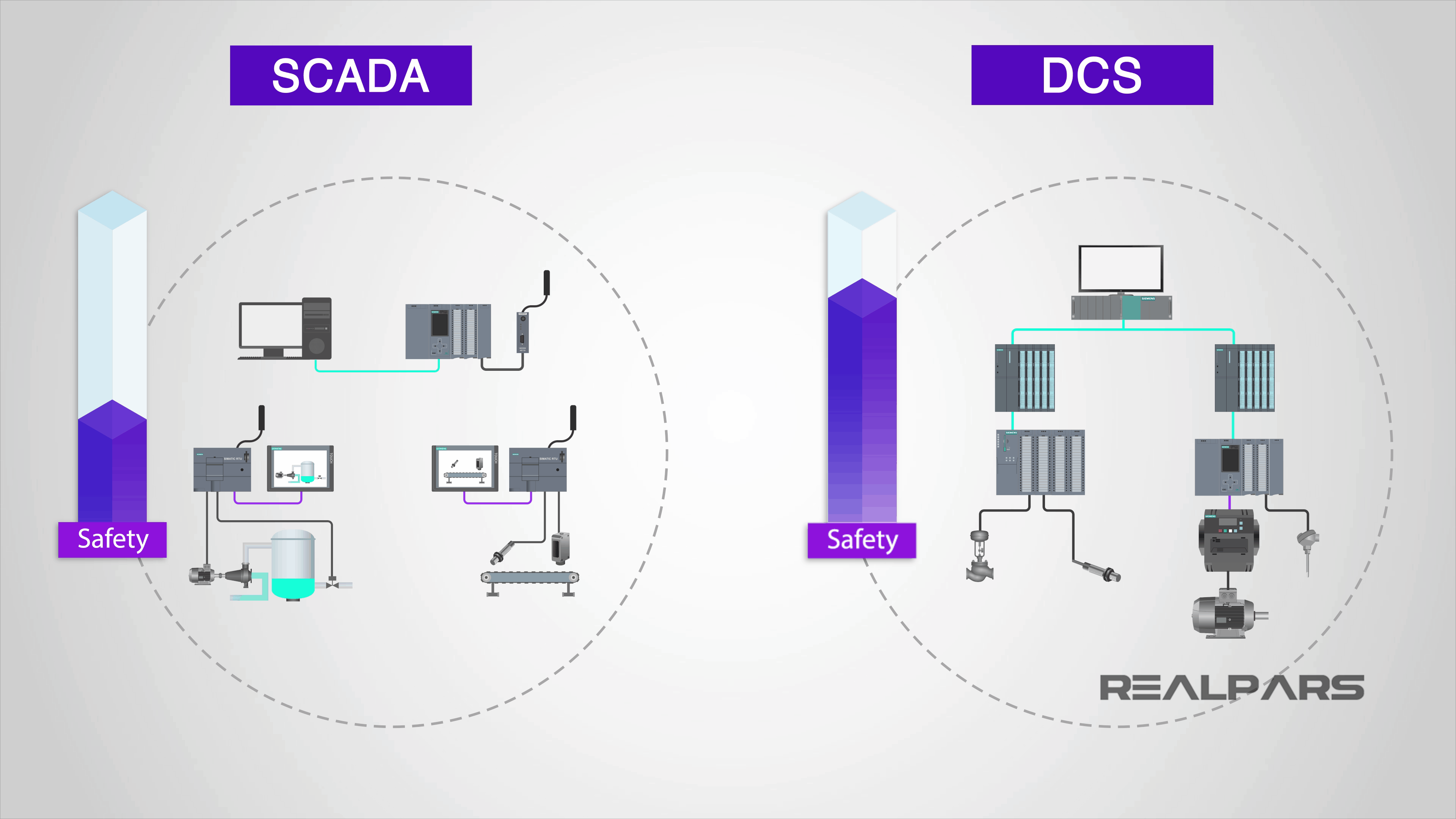 To sum things up, in today’s market, there are not massive differences in the systems.

DCSs have integrated operator interface software with tag databases, while SCADA requires you to purchase additional software and build or import your tags.

If you have a very time-sensitive process, SCADA systems may have a slight advantage as the processing time is faster.

As you can see, there are a lot of similarities between the two systems.

Either way, you go, hopefully, this article has shed some light on both the similarities and differences between the two systems. 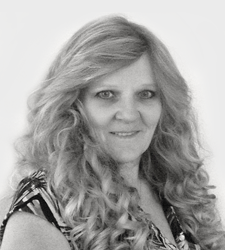 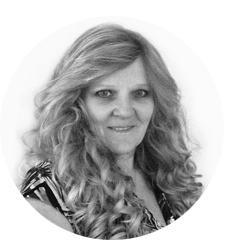