Let's delve deeper into the world of electricity generation in a grid configuration by starting with a broad view of the Speed Droop concept.
;

In this article, we are starting with a broad view of an extremely important and complex concept, the speed droop.

Electricity plays a significant role in our lives. From lightning rooms, maintaining comfortable temperature environments, to working domestic appliances, machinery, transportation systems and so much more, electricity has become an essential part of modern life. Yet, unless there is a blackout and we are unable to access it, we don’t put that much thought into everything that goes behind the largest machine ever built by man… the power grid.

In this article, we are going to delve deeper into the world of electricity generation in a grid configuration by starting with a very broad view of an extremely important and complex concept: Speed Droop.

First of all, let’s talk about why a governor is needed in power turbine generators. We know from the first law of thermodynamics, that energy can neither be created nor destroyed. Energy can only be transferred or changed from one form to another.

In power turbines, the speed and torque of the generator are what get transformed into electric power.

A governor aims to regulate the speed of the turbine. This is done by the automatic adjustment of the fuel supply. The governing system or governor is the main controller of the turbine, and it ensures stability. As an example, in a hydroelectric turbine, the governor automatically regulates the amount of water, which is the fuel, going into the turbine in order to allow it to spin faster or slower.

By controlling the fuel going into the turbine, speed governors control the speed and torque of the generators, therefore, controlling their power output.

Speed governors are also very important because they add protection to the turbine, preventing it to overspeed.

Now, let’s talk about the different control modes of a generator.

A generator in isochronous mode is suitable only for a single bus. Think about your car in cruise control. Imagine that you have just reached the highway and set your speed to 60 miles per hour. You can now let go of the acceleration pedal.

In cruise control, your car will now automatically increase or decrease the torque to the engine so you can maintain the previously designated 60 miles per hour speed. Envision you start going uphill: your car speed will drop. As a response to that, your car will then increase fuel until it reaches the speed designated. In a similar manner, if going downhill, your car speed will increase. As a response to that, the car will decrease the amount of fuel, and even break if needed, to reach the speed designated. That is what an isochronous generator control will constantly do in order to respond to more or less load requests.

When speaking about the power grid, many generators supply the same bus, in synchronous control mode. Now imagine you are again in your car, but instead of only one engine and control system, you have two.

Once you hit that hill, your car speed will drop, and cruise control will, in response, add fuel and accelerate.

Remember that now you have two different engines and control systems, and both are simultaneously trying to increase your speed. So, instead of reaching that speed, you overshoot and go even faster.

Now, the error is on the negative side, and again both engines and control systems are trying to respond to that error and would slow down too much, and so forth. This would cause a constant instability of both engines fighting each other, and you would never be able to reach the 60 miles per hour as needed.

Bringing this analogy to the power grid, imagine each of those engines is a turbine generator, and if they are all constantly fighting each other, grid stability would never be reached.

So… how do we get stability? Here is where Speed Droop comes into play… Speed droop allows generators to be paralleled to a common grid.

The governor uses Speed Droop as a FUNCTION to reduce the reference speed as the load increases… Without some form of droop, engine-speed regulation would always be unstable. We won’t go into the equations that explain how and how much the speed reference changes related to load, but with droop, in non-technical terms, the system will respond LESS to a load change than what it has been requested.

Going back to our Cruise Control example, once you hit that hill, your car speed will drop, and cruise control will, in response, add fuel and accelerate.

Now, if we add droop to the system, instead of both engines trying to increase their fuel all the way to fix the offset, the governor will lessen the response that will come from each, allowing for a smooth and stable transition into the required speed.

In relation to the power grid, instead of two, we have thousands of generators all interconnected. Droop allows all of them to work together to respond to all load requests. There are bodies that govern the approaches and operations of machinery in the energy and electricity sector.

Through reliability guidelines, the North American Electric Reliability Corporation regulates governing aspects such as droop settings in power plant generators, with guidelines, such as:

– All generators equal to or above 10MW must have governors to operate.

– With power-plant generators, the governors for these generators must provide a 5% droop and now, you know why! Let’s wrap up and summarize what we’ve discussed:

– A speed governor is needed to respond to load demand variations, as well as for the protection

– Synchronous Generators, allow for multiple generators to feed one bus

– Speed Droop allows generators to be paralleled to a common grid

If you want to learn more, you might want to review a previous RealPars article:

Please let us know if you have any questions about the Speed Droop function, or about governors in general, add them in the comments below and we will get back to you in less than 24 hours.

Get your PLC Starter Kit

Did you know that you get a great discount on Siemens PLC Starter Kits when you get a RealPars pro membership?

After signing up, you will receive a promo code that can be used to order a professional Siemens PLC Starter Kit at a discount price. The PLC starter kit also includes lifetime access to the TIA Portal Basic which is the PLC programming software to program Siemens S7-1200 PLCs. This means that you will be able to have both the hardware and the software to learn and practice what you learn in your courses. Go to the RealPars learning platform and get your Pro membership now. 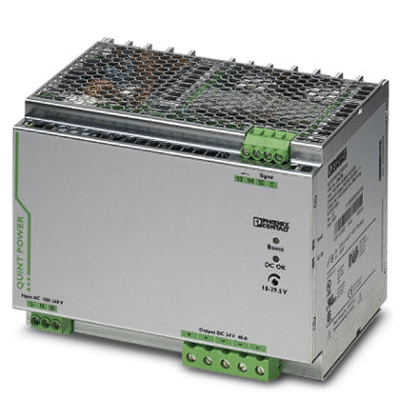