Learn about temperature transmitters, sensors used with them, how they are connected in a control loop, and how they are calibrated.
;

In this article, we’re going to introduce you to a very common device used in process control today, the Temperature Transmitter.

We’ll discuss the sensors used with them, and show you how they are connected in a typical control loop. We’ll also give you an insight into how they are calibrated.

Temperature Transmitters are available in all different shapes and sizes depending on the application and environment they are expected to operate.

To name a few, there are: Before we look at a Temperature Transmitter in detail, let’s look at where it fits in a typical process control system.

What is a temperature transmitter?

A Temperature Transmitter is a device that converts the signal produced by a temperature sensor into a standard instrumentation signal representing a process variable temperature being measured and controlled.

The most common transmitter instrumentation output signal is 4 to 20 mA.

The signal from the Temperature Transmitter is sent to a Controller that determines what action is required and generates an appropriate output signal. Controllers are either a PLC or a DCS in process control today. The Heating/Cooling source exerts a direct influence on the process as directed by the controller. The thermocouple produces a change in voltage with a temperature change. Thermocouples have only two wires.

An RTD produces a change in resistance with a temperature change. Unlike a thermocouple that has only two leads, an RTD can have two, three, or four leads. It’s common to see Temperature Transmitters that are capable of working with either an RTD or a thermocouple.

The SMART transmitter is an intelligent transmitter that has an analog output of 4 to 20 mA and also provides digital communication signal information such as Instrument Tag Names, Calibration Data, and Sensor Diagnostics.

These SMART transmitters use HART protocol or FOUNDATION FIELDBUS or PROFIBUS.

As with any instrumentation transmitter, a Temperature Transmitter needs to be adjusted or calibrated so that the current output of 4 to 20 mA represents the temperature range of the process variable being measured.

For example, a process variable temperature range of 0°C to 100°C will produce a current range of 4 to 20 mA. In every calibration scenario, the sensor is replaced by a device that can simulate the output of the sensor over the entire process variable temperature range.

For a thermocouple, the sensor is replaced by a device that produces a range of millivolts. As you can imagine, it’s not easy to create these small voltages. Today we’ve got Signal Reference Calibrators that can output a variety of electrical signals that can simulate RTDs and Thermocouples making it much easier to calibrate Temperature Transmitters. How are the actual adjustments performed? We can get the resistance values at our calibration temperatures from a PT100 table. We will start with the Zero calibration. As you can see in the calibration table, a PT100 RTD has a resistance of 100 ohms at 32°F, so we’ll set 100 ohms on the decade box.

The multimeter current should be adjusted to 4 mA by rotating the Zero adjustment screw.

For Span calibration, we’ll find the high range temperature on the table and set the corresponding resistance on the decade box. The multimeter current should be adjusted to 20 mA by rotating the Span adjustment screw. Newer style Temperature Transmitters do not have external Zero or span adjustments but are programmed or calibrated using the software. The Transmitter is connected to a computer via a serial USB connection. This article wouldn’t be complete if we didn’t talk about one of the newest trends in Transmitters; the Wireless Transmitter.

Once the signal is received, it can be sent to a computer so readings can be saved and later printed or exported to a spreadsheet. Or, the received signal can be retransmitted via wires as a 4 to 20 mA signal to a PLC. To learn more about temperature sensors, you might want to review the following related articles:

– What is a Temperature Sensor?

– Temperature Transmitters are available in several different shapes and sizes.

– A Temperature Transmitter is a device that converts the signal produced by a temperature sensor into a standard instrumentation signal representing a process variable temperature being measured and controlled.

– The most common transmitter instrumentation output signal is 4 to 20 mA.

– Most Temperature Transmitters are 2-wire types having only two wires.

– The two most common temperature sensors used in process control are the thermocouple and the Resistance Temperature Detector (RTD).

– Many Temperature Transmitters are capable of working with either an RTD or a thermocouple.

– Signal Reference Calibrators can output a variety of electrical signals that can simulate RTDs and Thermocouples making it much easier to perform calibration.

– A wireless Temperature Transmitter sends signals to a receiver via a Wi-Fi signal. 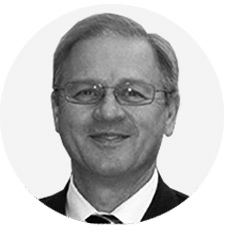