As automation engineers, we write logic programs for PLC and DCS systems that monitor process variables, open and close valves, set control loop modes, and start and stop motors for pumps, compressors, and conveyor systems. Most digital outputs on control systems operate on 24 volt DC or 120 volt AC. So how do we start and stop three-phase, 480 volt AC industrial motors? The simple answer is by using a motor starter.

Many types of motor controllers are available, and the various types and styles all have specific uses in industrial control.

All motor controllers are designed to keep the motor from being energized until the controller is told to activate. Once activated, current can pass to the motor, which energizes the motor windings and starts motor rotation.

Activation of the motor controller is typically accomplished with an electromechanical device built into the controller, also known as a contactor. Other methods can also be used.

Motor controllers are also referred to as motor starters. These devices are most often offered in a single unit with circuit disconnecting means, a contactor or other type of motor actuator, circuit overload protection, and motor overload protection.

Motor Controllers can be grouped by starting method and by starter type. 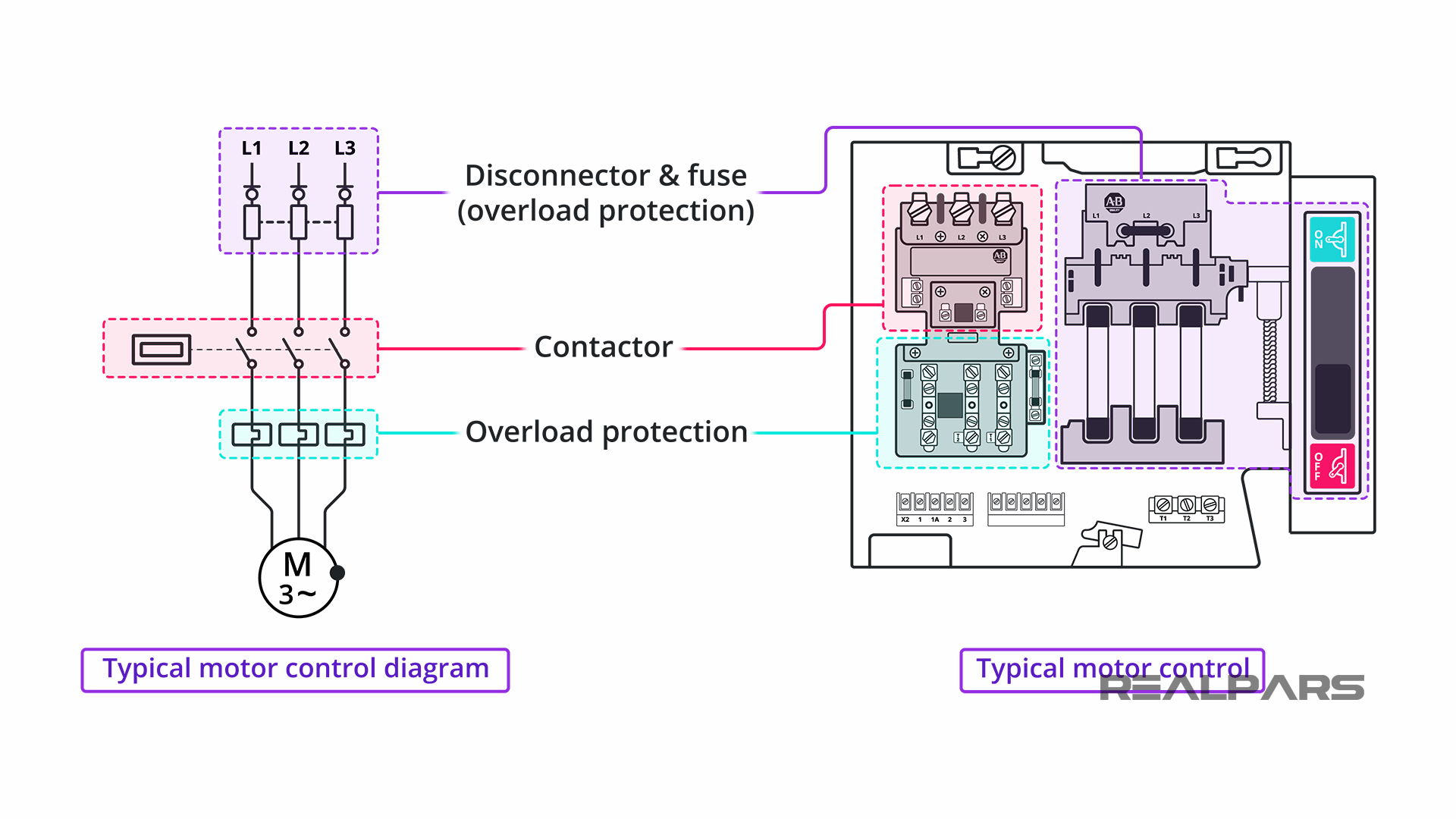 Motor controllers can be classified by starting method.

The first starting type is the Full Voltage, Non-Reversing motor controller. As the name implies, when the controller’s single contactor actuates, this motor controller type, also known as FVNR, allows the full line voltage to be applied to the motor.

With an FVNR motor controller, the position of the line phases is fixed, and the motor can only be operated in one rotational direction. An FVNR can be thought of as an across the line controller. 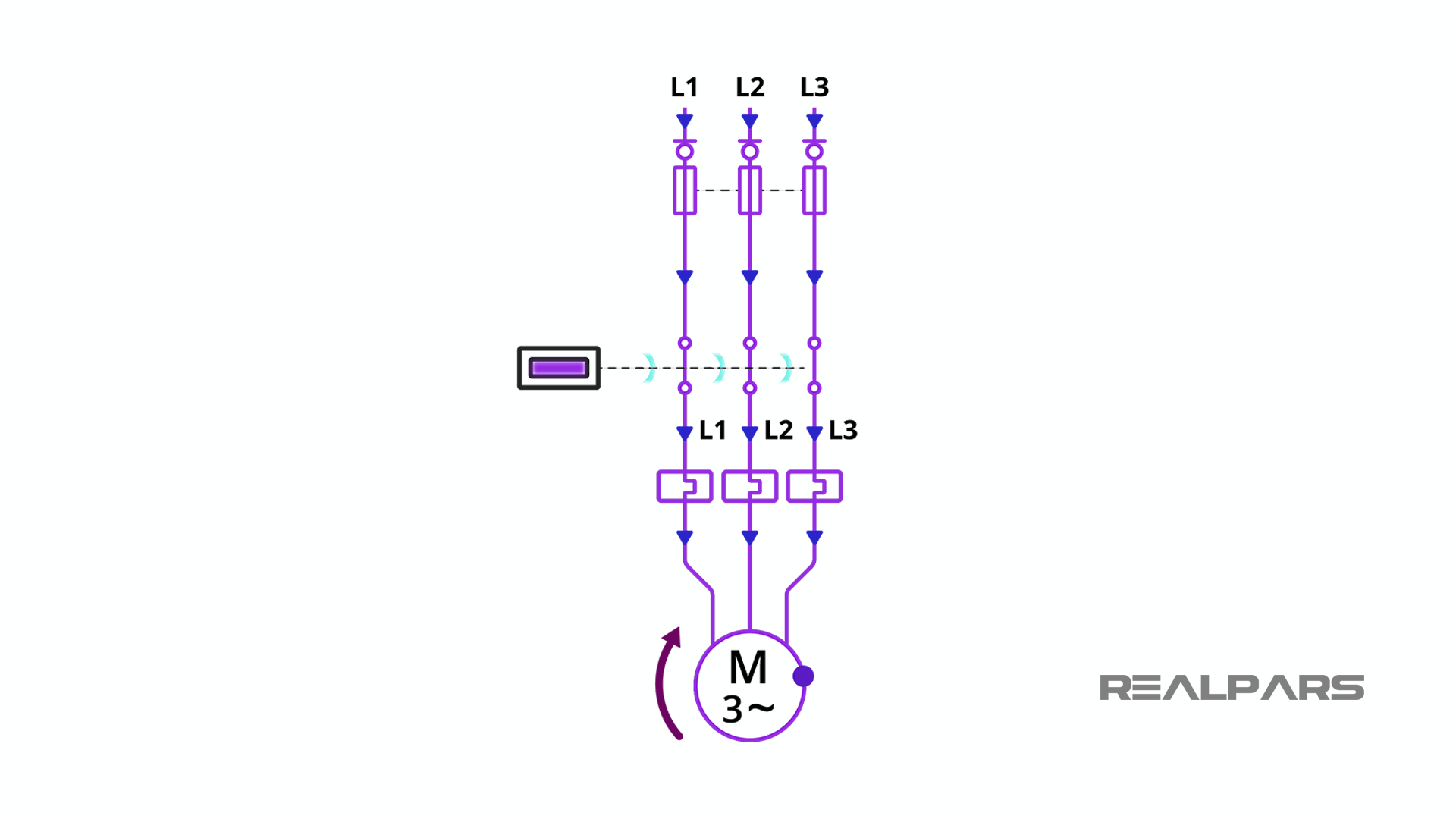 – One to operate the motor in the forward direction, and

– One state to allow the motor to operate in the reverse direction.

This is accomplished by adding a second contactor.

– The forward contactor acts the same as in the FVNR, and

– The reverse contactor swaps the position of two of the phases.

This reversal of two phases causes the magnetic field in the motor windings to be reversed, causing the motor to spin in the opposite direction.

Special physical safeguards are in place to prevent the damaging effect of both contactors actuating at the same time.

The third type of motor starting method is called reduced voltage starting. Large motors can have a very high starting current that may be harmful to the motor or the motor controller itself.

This type of motor controller limits the amount of starting current by applying a reduced voltage to the motor when it first starts. 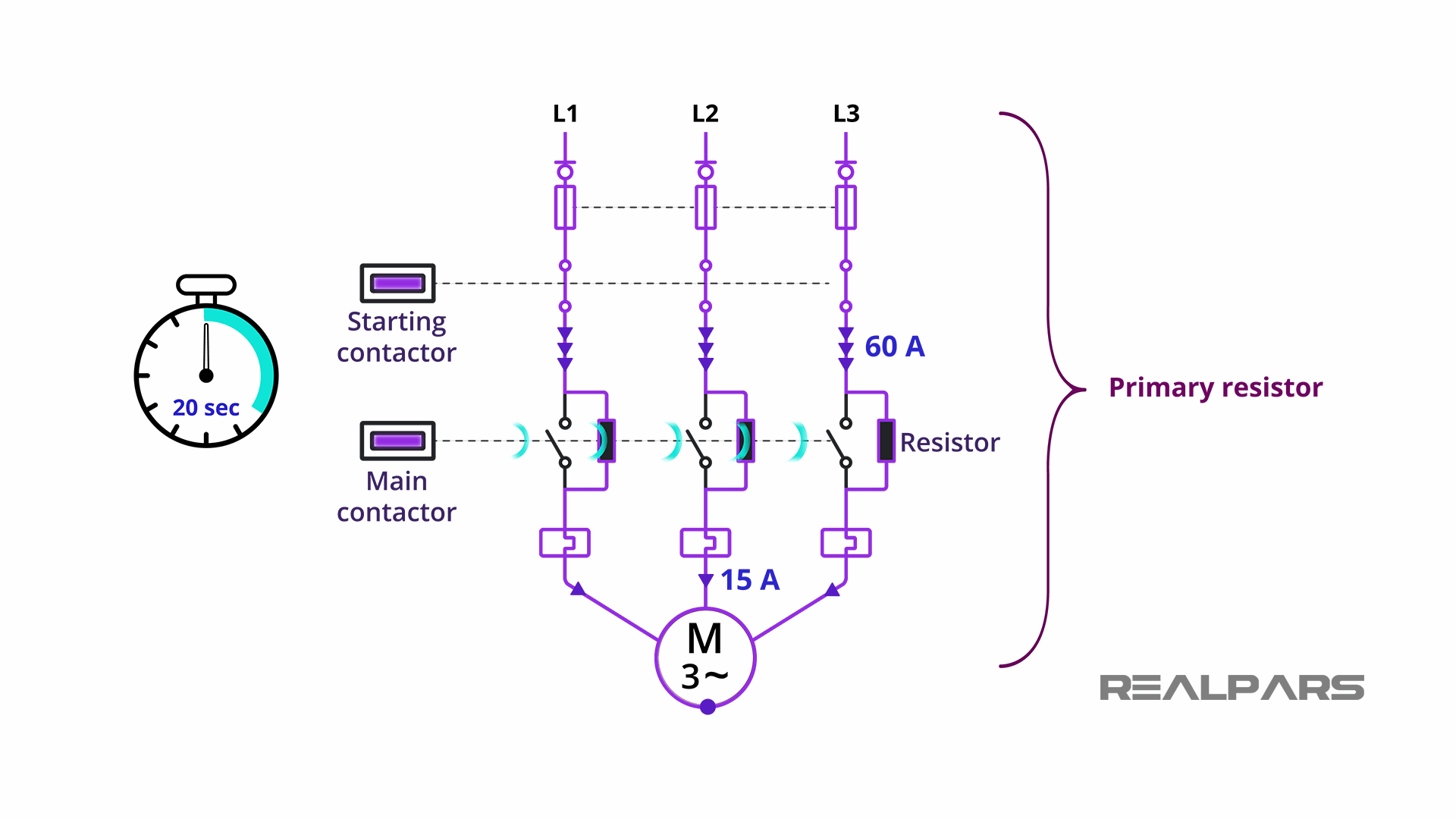 There are several ways to accomplish this, such as auto-transformer, star-delta, and soft starter. These will be described later.

The last type of motor starting method is multi-speed. Multi-speed motor controllers use solid state or transforming means to allow motors to be controlled at different speeds. Two of these methods, Variable Speed Drive and 2-speed control will be described later. 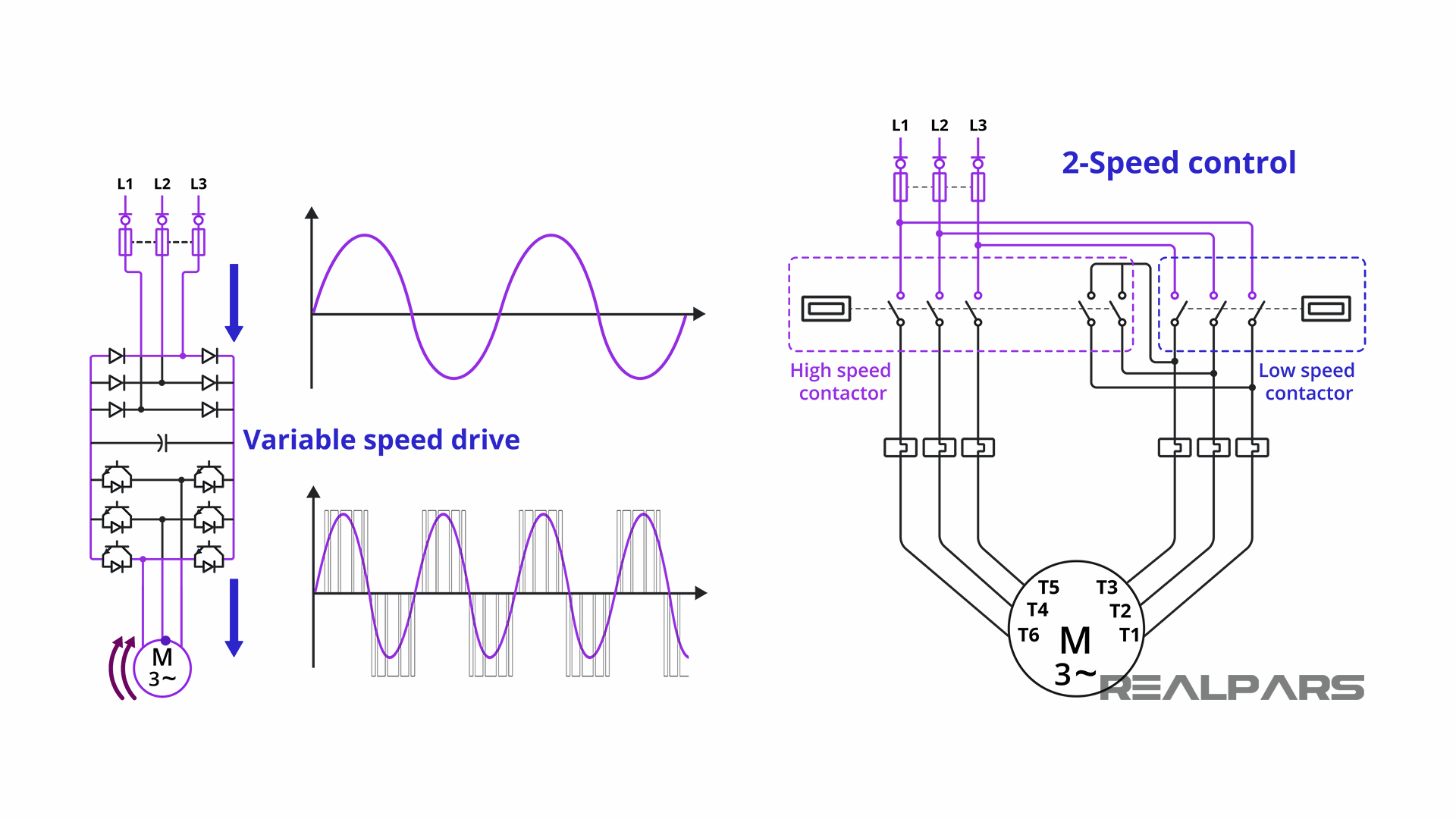 Now that we have described the four major categories of the motor controller by starting method, we will now describe the six major motor starter types.

The first is manual motor actuation, which requires an operator to switch the motor on and off.

Due to safety considerations, manual motor starting is limited to the motor of 10 horsepower or less. They can be used on single or with three-phase applications. 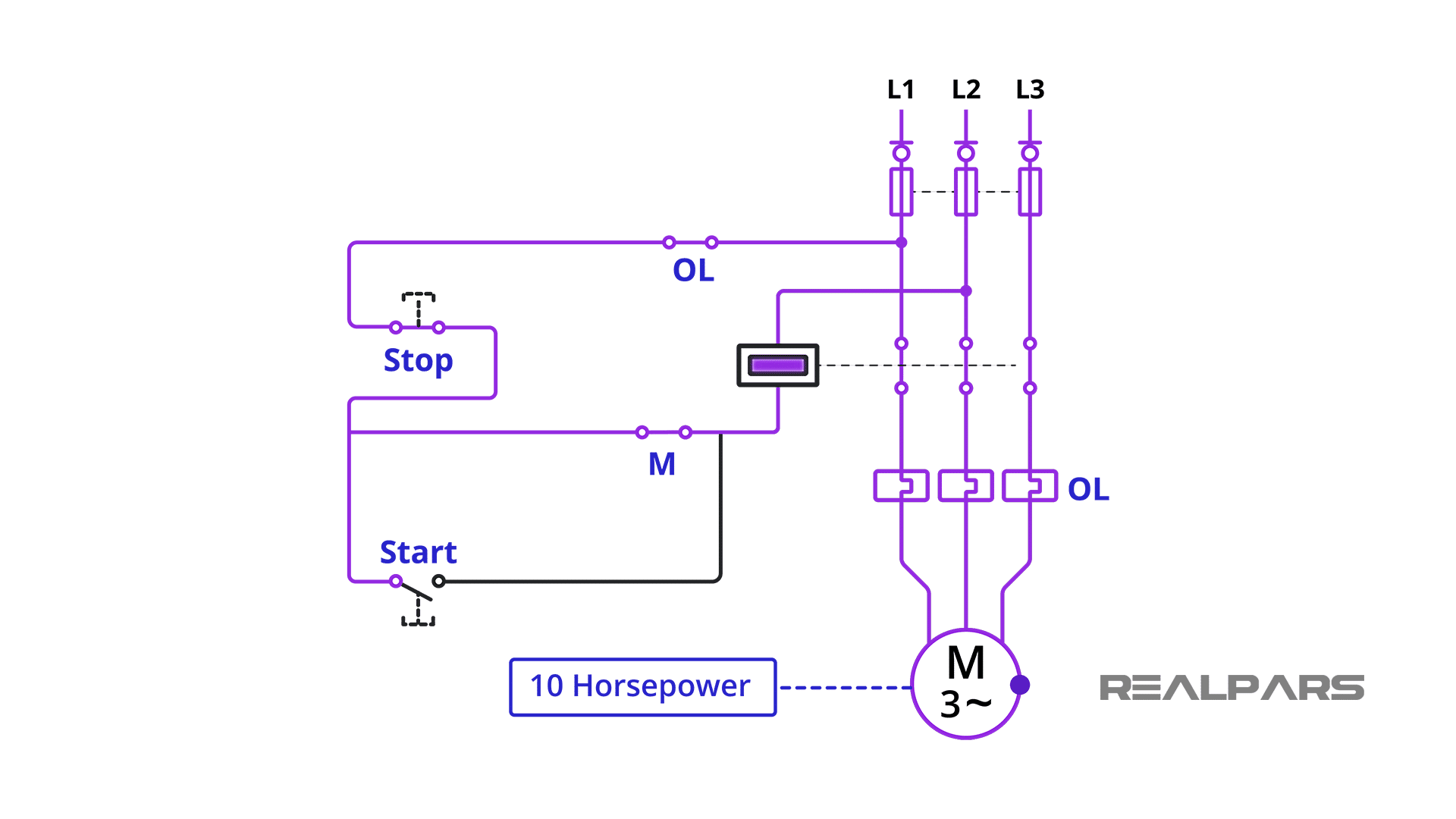 For magnetic starters, a pushbutton or a selector switch connected to a PLC digital input is used to activate a PLC digital output. The PLC output will pull in a coil that magnetically holds the starter contacts closed, allowing current to pass to the motor. 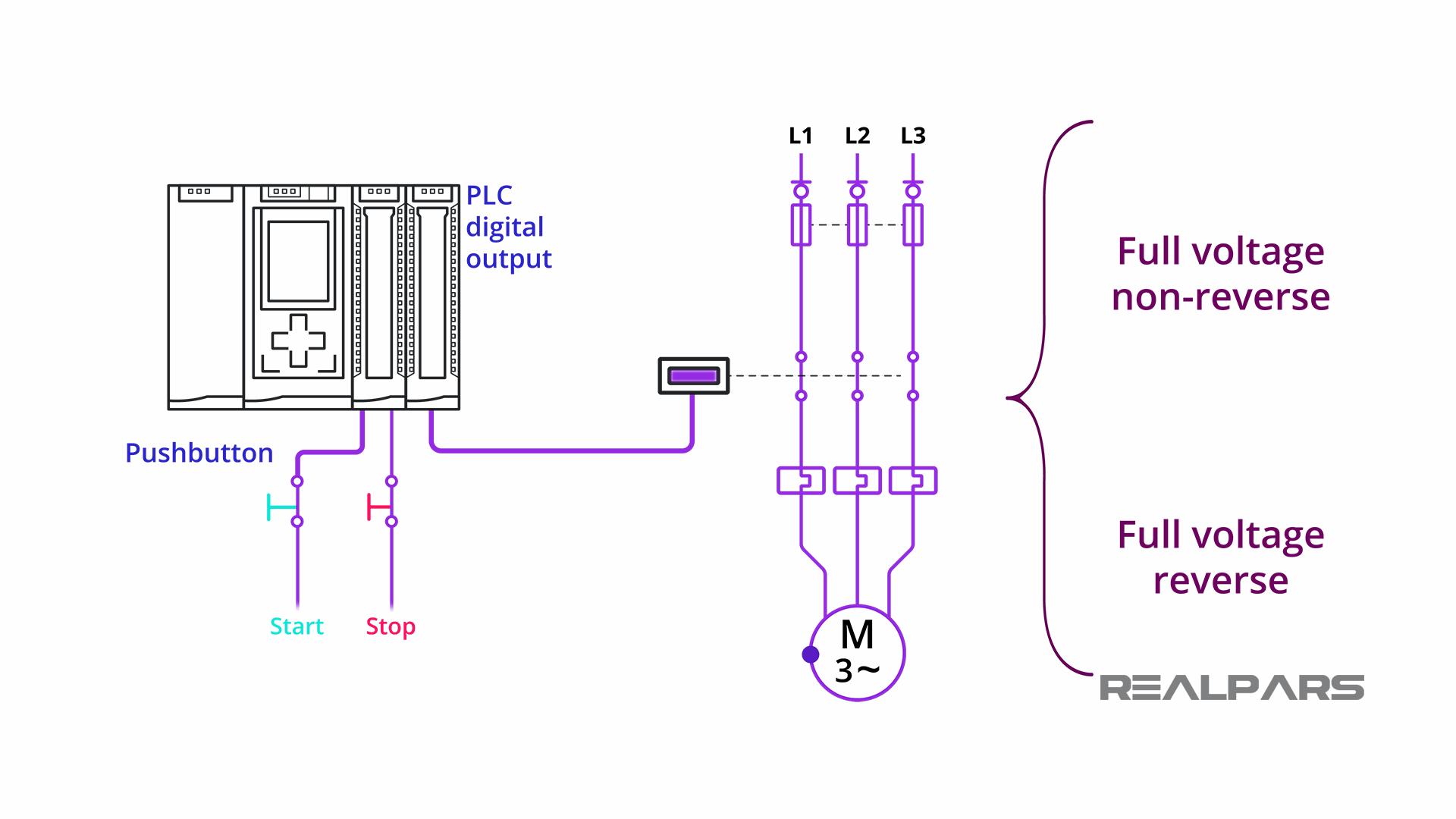 2) Once the motor reaches 85 to 90 percent of full voltage, the star contactor opens, and the transformer then acts as a choke to limit the voltage and the current to the motor.

3) The main contactor then closes, and the motor controller acts as an FVNR with full voltage to the motor.

Star-delta reduced voltage motor starting is related to auto-transformer starting in that three separate contactors are used in the motor control scheme.
1) In star-delta, the motor is started in the star configuration, which starts the motor at about one-third of the rated full motor current.

2) After the motor spins up to near full speed, the motor is switched to the delta configuration for continuous running.

Soft-starters are another method used for limiting starting current. Soft-starters use solid state electronics such as Triac to limit the startup voltage and current.

A soft-starter allows the voltage to gradually increase during motor startup. This allows the motor to slowly accelerate & gain speed in a controlled fashion. 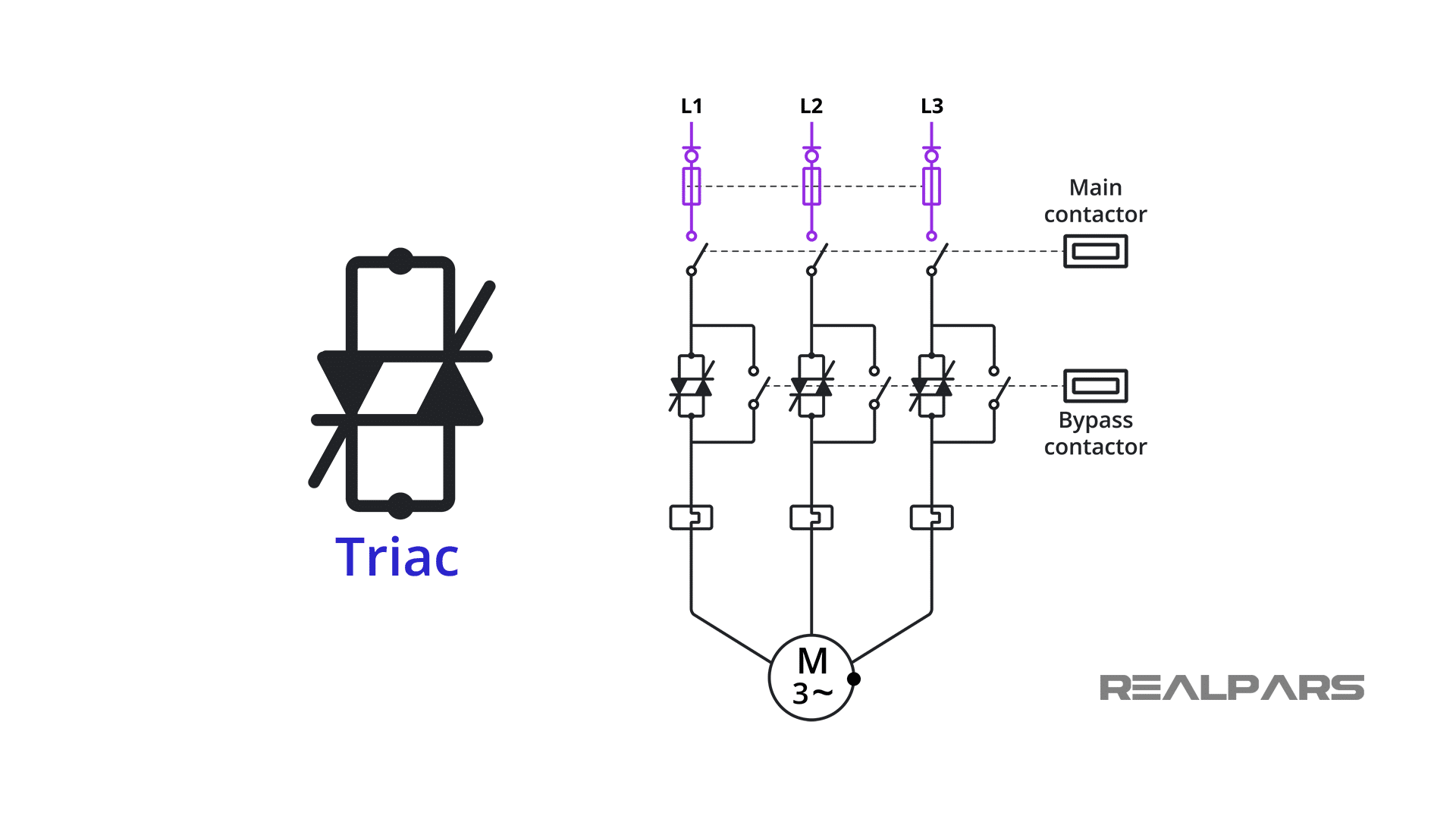 A variable frequency drive, or VFD, is similar to a soft-starter but allows the speed of the motor to be varied by varying the frequency of the output to the motor.

Because the voltage is also regulated in the process, the startup current is also reduced with the use of a VFD. 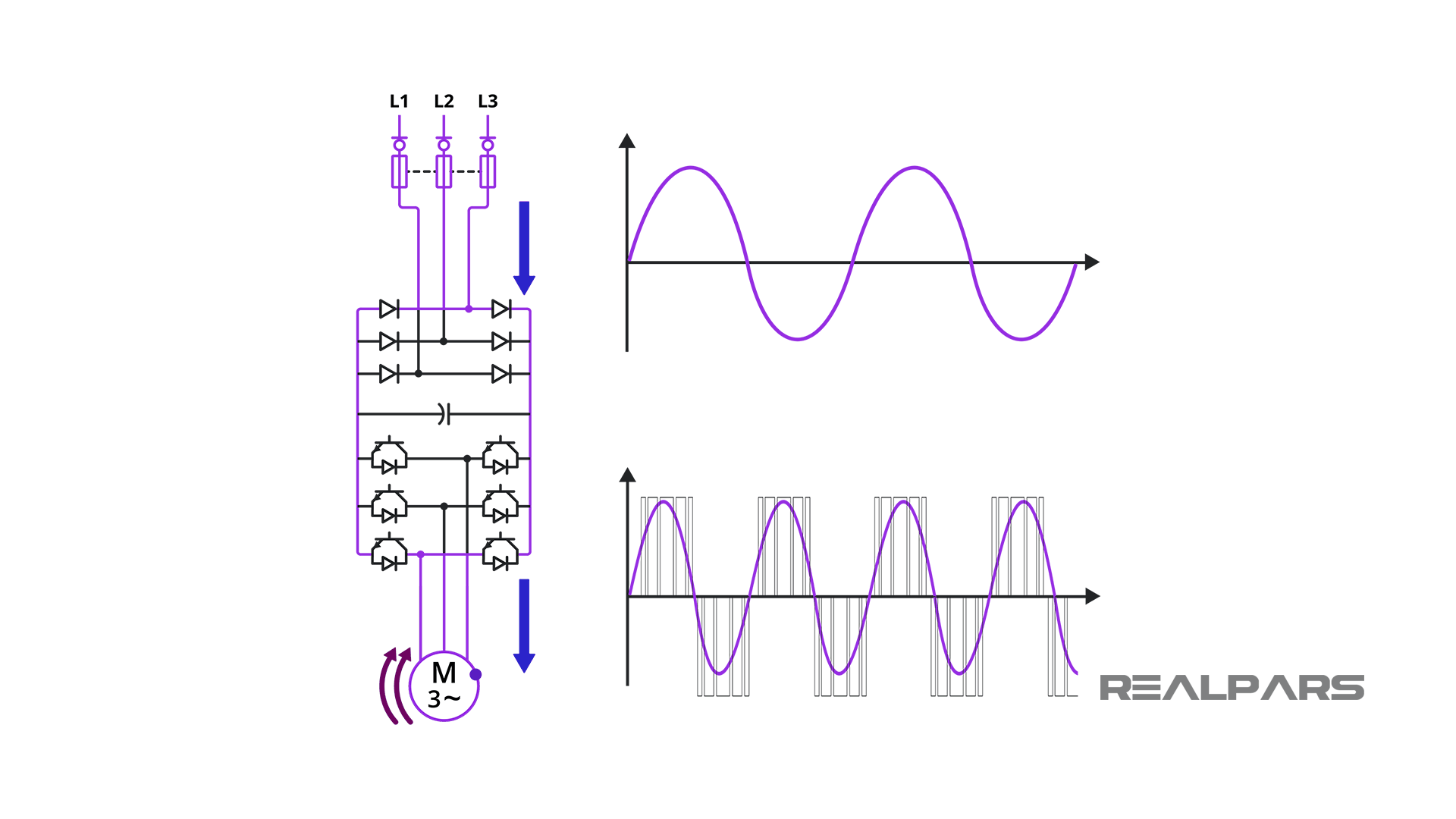 If you have any questions about the motor starter add them in the comments below. As you know, we read each and every comment and reply to it in less than 24 hours! 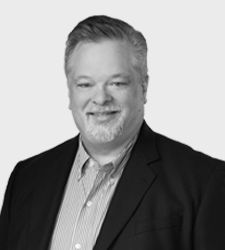 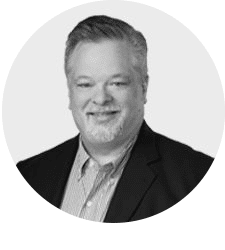 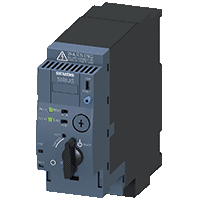